by Elie Milky and Ramsay Rankoussi 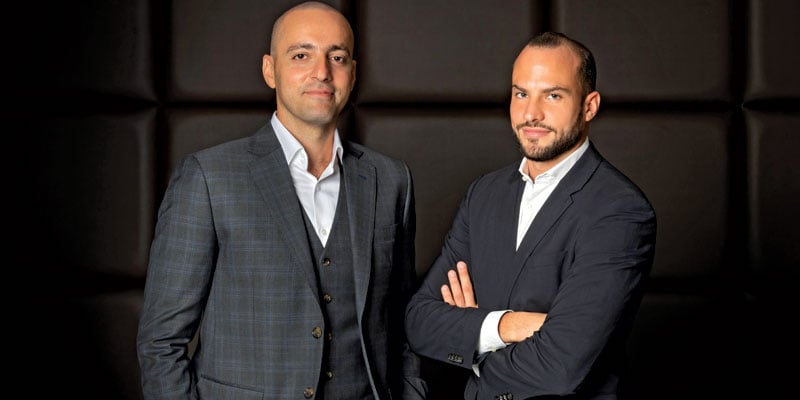 There has been a spate of recent measures in the region to encourage tourism. These include the introduction of long-term multiple-entry tourist visas for visitors to the UAE to the initiation of tourist visa on arrivals services in Saudi Arabia for holders of Schengen, US and UK visas, as well as a new rule that allows women in Saudi Arabia to travel abroad without a male guardian’s permission.

Other GCC countries including Oman (which recorded a 24.3 per cent rise in the number of visitors in 2019) and Bahrain have also made tourism a central focus.

Dubai itself welcomed 16.73 million tourists in 2019, growing 5.1 per cent last year, and contributing 11.5 per cent of Dubai’s GDP. The hospitality industry in the emirate is on the cusp of an even more successful year with the upcoming Expo 2020.

Two individuals at the frontline of the transformation of the hospitality industry in the region are Elie Milky, Radisson Hotel Group’s vice president of Development, and his counterpart Ramsay Rankoussi, its vice president for Development within the Middle East, Turkey and French-speaking Africa.

Here, they discuss strengths and opportunities in the UAE, Saudi Arabia and the wider GCC region, while also sharing their predictions for the industry over the medium-long term.

Give us a sense of the scale of the hospitality industry in the UAE
In 2018, the main source markets to the UAE according to the WTTC were: India 12 per cent, Saudi Arabia 10 per cent, UK 8 per cent, Oman 6 per cent and China 5 per cent – with China showing the largest growth in the last five years. On spending, leisure spending in the UAE amounted to 77 per cent of the total spend, while business accounted for 23 per cent. Domestic spending from residents and locals made up 23 per cent of the total spend within the country. All in all, travel and tourism contribution to GDP grew by 2.4 per cent in 2018, reaching 11.1 per cent.

With the recent changes to the tourist visa categories in Saudi, what is the potential for the hospitality industry in the kingdom?
Tourism and hospitality play a major role and contribution to the [Saudi] Vision 2030. The new visa system is only one step towards the potential of the kingdom but the target has been set to exceed 100 million annual visits by 2030. The aim is to grow tourism from 3 per cent to 10 per cent of its GDP.

Pilgrimage would remain the essential priority but leisure destinations are also being promoted to showcase some of the hidden attractions the country holds along with unique archaeological and cultural heritage sites. Riyadh has been successful in diversifying its offering from mainly business to the launches of multiple festivals, entertainment and leisure activities.

Will the hospitality industry need to contend with excess supply post Expo 2020?
Expo 2020 is expected to positively contribute to the sector, but it will also further promote Dubai as one of the top destinations in the world to live, work, travel and visit. The hotel supply in Dubai has been already in excess compared to current demand but demand continues to positively grow. The correction has been mainly driven in the pricing, but we expect that with Expo 2020, Dubai will have the opportunity to leverage on a higher price point which would positively contribute to the industry.

What are some of the best practices that have recently made their way to the industry here in Dubai?
As the industry matures, it is required to diversify, and we have witnessed a positive segmentation in the sector with the introduction of midscale brands and serviced apartments. Also, as the market becomes more saturated and competitive, the industry is asked to look at ways of improving performance and to be commercially creative. Hotels have now looked at ways of operating with more efficiencies.

Apart from the UAE and Saudi Arabia, which are the other GCC markets expected to witness a boom within their hospitality sector over the next 5-10 years?
Oman is one of the countries in the GCC which has the largest tourism potential. Often forgotten, the sultanate has the largest coastline in the region, allowing for important resort developments. The different landscape with the multiple mountains provides the country with the opportunity to leverage new types of activities like hiking and camping. Being on the border of the Indian Ocean also provides the country with [the ability to promote] marine sports and diving.

Oman is also seeking to diversify its economy and tourism will play a major role in that transformation.

What are the biggest challenges that the sector faces that are unique to this region?
Chief amongst the challenges is the geopolitical uncertainty resulting in political tensions as well as security risks. The fact that the GCC remains one of the safest places to visit and to do business in has kept this region attractive to consumers and investors alike. Oversupply is another challenge that parts of the region recently started facing as a result of the development boom.

Are hotels also engaged in actively promoting short stays among residents of GCC countries that have large expat resident populations?
In the UAE, Saudi Arabia and Oman, for instance, some of our resort products attract residents on weekends for a ‘staycation’. The main markets benefiting from such demand in the UAE are Abu Dhabi, Ras Al Khaimah, Ajman and Fujairah, while Jeddah, the Eastern Province and some secondary cities in Saudi Arabia lead the way in the kingdom.

What are your predictions for the state of the hospitality sector in the region over the long term?
The UAE is on track to becoming a mature market. The five-year uninterrupted oversupply situation in Dubai, for instance, is not expected to continue as demand is expected to outpace supply once again starting from 2022. Limited supply in Abu Dhabi is expected to leave some room for the hotel market to continue to grow in performance. Ras Al Khaimah remains strong and will continue to establish itself as a destination in its own right as more and more hotels, primarily resorts, open.

In Saudi Arabia, Riyadh is seeing a strong recovery as business activity picks up on the back of Vision 2030, while Jeddah and the holy cities are expected to benefit from the boom in inbound tourism as the kingdom opens its gates to the world. The oversupply situation in the Eastern Province is expected to improve by 2021 as oil-related demand resumes and domestic tourism becomes stronger.

We expect the GCC region to continue to attract more visitors as well as investor activity should the geopolitical risks remain contained. Feeder markets such as China, Russia, Africa, India and others will continue to keep hotel operators busy as the industry continues to find ways to diversify its offering (in terms of location, product and activities) as well as its target markets.