The Rise Of Remittance - Gulf Business 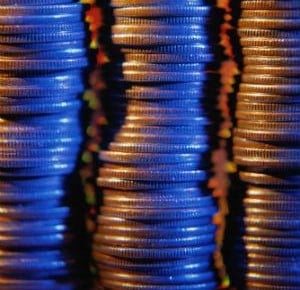 It’s a well-known idiom that money makes the world go round. But in a world that itself is in a tizzy, money is taking on a whole new spin.

Over the last two decades, growing trade and globalisation have ensured that labour moves seamlessly in search of opportunity. In fact, MENA countries are built on migration flows, so much so that immigrants account for almost 86 per cent of the population in Qatar. Due to this, remittances are of importance to MENA countries, regardless of whether they are the sending or receiving.

The 2008 economic apocalypse rendered almost 200 million people jobless, sparking unrest from the ancient ruins of Greece to the souks of Egypt.

Closer to home, the Saudi government denounced the employment of foreigners at the expense of unemployed Saudi nationals, and in Dubai there were large-scale lay-offs of foreign employees. Likewise, the currency market followed suit, suffering huge volatility in major currencies like the pound sterling, euro, Australian dollar, and even developing nation currencies such as the Indian rupee and Brazilian real.

Despite this, migration and subsequently remittances were not strongly affected. In fact, according to the World Bank, worldwide remittance flows, including those to high-income countries, reached $406 billion in 2011, and even developing countries saw incoming remits increase by eight per cent to $351 billion. Within MENA, most lay-offs were temporary, and the number of returning migrants and total outflows of remittances were above expectations.

In fact, GCC countries remained major recipients of migrants and important senders of remittances. For example, World Bank (2009) data shows that remittance outflows from Saudi Arabia remained robust during the financial crisis and declined by only six per cent in Dubai. Lebanon and Oman even managed to record the highest outflows of remittances as a percentage of GDP at 17 per cent and 10 per cent respectively.

“The remittance business, despite a marginal slowdown, has been quite resilient. In the past year, business has picked up and we have seen remittances grow around 15 per cent,” Mohammad Ali Al Ansari, managing director, Al Ansari Exchange, confirms.

Part of this buoyancy can be attributed to the accommodating practices that evolved or were strengthened during the crisis. In Dubai, for example, many migrant workers sent their families back home in order to cut down on expenses in view of lower wages. There were also efforts made by governments in developing countries to divert remittances from informal to formal channels. A case in point is the Pakistan Remittances Initiative (PRI), which saw the share of workers remittances through banking channels increase from 75 per cent in 2009-10 to 91 per cent in 2011-12.

Remittance costs have also fallen steadily from 8.8 per cent in 2008 to 7.3 per cent in the third quarter of 2011. The ubiquitous presence of exchange companies, which number around 120 in the UAE and have a total network of approximately 800 branches, complemented by around 50 banks with over 1,000 branches, may also have something to do with the rise.

The bulk of remittances flowing out of the GCC are destined for South and East Asia (mainly Pakistan, India and the Philippines) and, to a lesser extent, throughout the broader Asia region. Since India is the largest receiver of remittances in the world and because Indian expatriates constitute one of the largest component of UAE workforce, Indian remittances top the list followed by Philippines, Pakistan, Bangladesh and other South Asian countries.

This is despite fears of an imposition of service tax on remittances to India and Pakistan, – which exchange companies have denied will happen.