The rebirth of the Yemeni coffee industry - Gulf Business 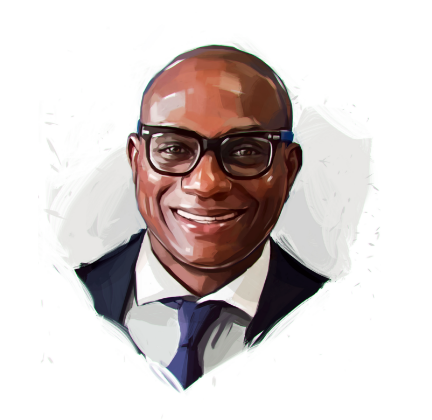 Coffee has been the key to Yemen’s future for the last decade. It has the ability to significantly reduce unemployment and poverty. It can generate funds to help rebuild the country and present a positive profile of Yemen on the world stage.

Recent studies have concluded that the government should focus on coffee production to raise gross domestic. It will also provide an additional export commodity to help the country escape poverty. The International Monetary Fund reported that Yemen’s non-hydrocarbon exports mainly consist of fish and food products with coffee constituting less than 5 per cent. The end of the current crisis should be an impetus to focus on coffee exports. The creation of public and private partnerships to develop the know-how and physical infrastructure, as well as quality control mechanisms for the export of specialty Yemeni coffee is needed.

Yemen has a long and rich history with coffee and the distinction of having presented coffee to the world at large. It was at the port of Mokha in the middle of the 15th century from which coffee began its journey to all corners of the world. The words ‘Arabica’ and ‘Mocha’ are a testament to this history. However, only those engaged in the industry are familiar with Yemen’s historic significance. It has been the port of origin for coffee’s journey to worldwide ubiquitous consumption and status as the second most traded commodity in the world with $20bn in export value.

The conflict in Yemen, while not physically destructive to many of the coffee farms, has nonetheless brought coffee exports to a standstill. Traditional trade routes have closed to traffic. At the time of writing, there was some progress towards routes being reopened. This was despite no improvement to the situation on the ground as the conflict rages on. However, the local population remains optimistic and there is movement with respect to the warring factions exhibiting openness for dialogue. A decisive end to the present conflict should be used as an opportunity to rebuild the country’s coffee sector.

There is constant demand for Yemeni coffee from the Saudi Arabian market. There are direct comparisons to the demand for the famous Jamaican Blue Mountain Coffee in Japan. The comparison ends, however, when one considers the fact that Jamaican Blue Mountain is specialty coffee and offers consistency in quality. Yemeni coffee, on the other hand, is exemplary but lacks the consistency to be truly considered specialty coffee. The constant Saudi Arabian demand for the limited supply of Yemeni coffee affords an unnaturally high price point. Saudi Arabia, as a coffee importing country, is a market valued at more than $113m with a compound annual growth rate of 8 per cent.

‘Specialty coffee’ is defined as scoring 80 points or above on a 100-point scale. Very few producers can attain such scores but the prices being paid for Yemeni coffee are comparable. This is because of the incredible flavour profile and the aforementioned demand from Saudi Arabia.

These prices could grow significantly if the Yemeni government focuses on improving the sector’s production of specialty coffee come the end of the present conflict. However, there is hard work ahead. Farmers have traditionally not been incentivised to take on the additional labour required to produce specialty coffee. Particularly given a ready market exists in Saudi Arabia already. There are several key initiatives necessary to spur the market in Yemen and naturally incentivise the farmers.

The most direct route would be through the establishment of a body that promotes specialty Yemeni coffee for export. There is a ready international market. If there were a body with the farmers’ best interests at heart and the willingness to sort the coffee to specialty level then the price point per kilogram would grow significantly. The body could then immediately begin to reinvest with the farmers. It could teach best practice and demand the latest processing methods in exchange for a much higher premium.

In addition, the Yemeni farmers should be exposed to their counterparts from other coffee-producing countries by way of sponsored international learning tours. A trip to Ethiopia undertaken by a number of Yemeni farmers prior to the conflict resulted in the first raised coffee drying beds in Yemen and the establishment of new coffee cooperatives. Exposure to other coffee-producing countries will also allow the Yemeni farmer to witness the efficacy of the coffee cooperative model. These cooperatives would institute specialty-level standards for the farmers and negotiate with international buyers on their behalf. This would result in much higher prices than the farmers could obtain individually. The higher premiums can then be given back to the farmers directly as cash payments or reinvested in their communities to improve infrastructure such as roads and electricity services.

Yemeni farmers have a lot to learn from the international coffee market but also a lot to offer. The fear of reduced water supply as the world grapples with global warming has caused large coffee companies to invest several hundred million dollars to combat climate change. The investments go towards many sustainability projects, chief among them being the identification and development of drought-resistant coffee beans that retain a high quality flavour profile. The Yemenis have great expertise in this area as they have been farming with a reduced water supply for decades. This has resulted in drought-resistant coffee varieties with naturally exceptional flavour profiles. The exposure of the Yemeni farmers to their international counterparts would create a natural dialogue. It would mean give and take wherein Yemen benefits from others as well as shares its expertise with the world at large.

The conflict has been a disaster for Yemen. However, the eventual end of this crisis should set the stage for the rebirth of the country’s coffee industry.

Garfield Kerr is co-founder of Mokha 1450