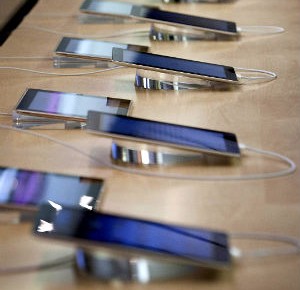 Low-budget tablet computers are increasingly becoming a functional and cost-effective choice for the UAE’s consumers. The overall market size of tablet computers in the UAE is expected to increase almost 180 per cent this year, from 250,004 units in 2011 to around 448,658 units in 2012, according to research analysts IDC.

“This [tablet] technology is relatively new compared to PCs and remains under-penetrated throughout this region, bearing potential for very strong growth in coming years,” said Fouad Rafiq Charakla, research manager at the firm.

The phenomenal growth in the popularity of tablets is particularly visible online, said retailers.

Dubai-based e-commerce site Souq. com, which attracts over two million visitors per month, claims that it has sold 20 tablets for every laptop in the UAE this year. The site, which offers over 30 brands of tablets, recently crossed the threshold of selling 10,000 units per month in the country.

Tablets have even surpassed laptops as the second most popular products on Souq this year, following mobile phones.

“It’s much more convenient to have a tablet with you when you sit in front of the TV, and it’s also easier for personal use – for your family and kids,” said
Ronaldo Mouchawar, CEO, Souq.com.

Until the first quarter of 2012, Apple and Samsung accounted for 85 per cent of tablet sales on the site.

“As Souq.com started testing lower price points ranging from Dhs299 to Dhs1,000 [in March this year], we immediately realised that budget tablets were meeting a strong latent demand in the market and as an online retailer we were able to immediately ramp up our offering,” the company said in its research note.

Between April and July, the share of budget tablets rose to 80 per cent in terms of the quantity sold, with Souq selling five times more budget tablets than iPads.

These low-cost tablets, mostly using Android operating systems, come as cheap as around Dhs300 as compared to Dhs1,339 for a Samsung Galaxy Tab and Dhs1,825 for Apple’s new iPad.

“They sell because of the low price, a decent feature set – not complete but decent – and their compatibility with apps. As long as you have the whole app store available to you, you can use Facebook, Twitter and Angrybird and all the tops apps,” said Mouchawar.

“The good part about the 4.0 Android based OS tablets is that they have a solid operating system backed by Google and so these tablets function really well.”

But considering the UAE’s reputation for ostentatious consumers, why is there such a willingness to snap up these non- branded products?

“Consumers might afford branded tablets for themselves but not for each person in the family,” explained Mouchawar. “They are trying to personalise the experience for each of the individuals within their family. So you can upload your own apps depending on your taste. It’s not like a computer that you can share. Tablets are very personal,” he said.

“Another factor is that technology is very aggressive in terms of commoditisation. So people are willing to try new products and in this case, decision-making is simple, since the cost is low.”

“We have witnessed a surge in demand for budget tablets and we expect this trend to continue,” agreed IDC’s Charakla. “There will continue to be a portion of consumers who will demand low-cost tablets.”