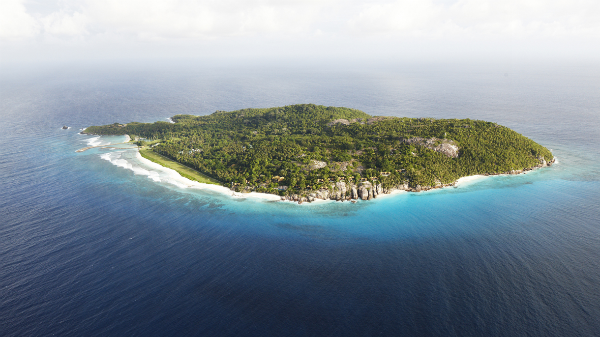 Billionaires and celebrities have a unique set of criteria for their perfect travel destination, and it usually involves seclusion and exclusivity in large doses.

Increasingly, a private-owned island away from long peeping lenses of the paparazzi fits the bill.

In this category, perhaps the most well-known is Sir Richard Branson’s Necker Island in the Carribean’s British Virgin Islands. Owned and operated by the British billionaire, the island has played host to a long list of high profile guests including Mel Gibson, Oprah Winfrey, Steven Spielberg, Michael Douglas and even Diana, Princess of Wales.

Bill Gates, on the other hand, sometimes opts for a more modest dwelling. A favourite place to spend time with his family is in Croatia, on the Dalmatian Coast. Although he does indulge, ever so frequently, in the luxurious Wakaya Club and Spa in Fiji and Fregate Island in the Seychelles.

In Croatia, the Gates clan can often be found in the small town of Skradin, which has fewer than 4,000 residents – a less-than-crowded situation that almost guarantees the Microsoft billionaire a slice of the quiet life.

The town – about 100km from Split – sits at the entrance to the Krka National Park, where visitors can enjoy ruined fortresses, waterfalls and a 15th-century monastery on Visovac Island.

For the more flamboyant there is Mustique Island, a luxury standalone private spot in West Indies. It’s recently become one of the hottest tourist destinations for celebrities across the globe.

Mustique has played host to a number of high profile guests and royalty, including Queen Elizabeth II and Prince Philip. The Duchess of Cambridge, Kate Middleton recently vacationed at this scenic location, wherein she spent a cool $23,346 a day.

Mick Jagger and Tommy Hilfiger both own homes there because the small island doesn’t have a large selection of hotel accommodations.

At the practical end, you’ve got Warren Buffett, who holidays in Augusta, Georgia, where he visits the super-exclusive US Augusta National Golf Club. It’s likely been the setting for a few multi-million dollar handshakes over the years.

In the Seychelles North Island there is a holiday for the eco-conscious. It is a conservation project based in a once-abandoned coconut plantation. Species that had died out but were once indigenous to the island such as tortoises, birds, trees and plants have been reintroduced. For up to $4000 a night you will live in one of 11 villas before experiencing some low environmental impact exertions such as biking, scuba diving and kayaking.

And extreme beauty is fulfilled in Turtle Island in Fiji, a place revered across the globe for its fabulous beaches and pristine blue waters. The island is regarded as a highly exclusive tourist destination and is known to accommodate only 14 couples at one time. The Turtle Island has been at the centre of the various celebrity honeymoons, including Britney Spears and Kevin Ferderline, as well as Nick Lachey and Jessica Simpson.