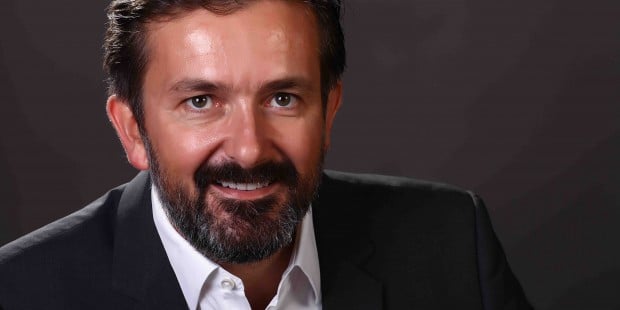 If you want to hear tragi-comic stories about management, just tell people that you are writing a book about business leadership in the Gulf. The negativity to which I was exposed during the research for my book on the subject made me even more convinced about the need for it. Gulf nationals recounted painful tales about working with fellow Arabs and expats, who reciprocated with their own horror stories. Expats shared troubling accounts of managers from other corners of the earth and their own ill-prepared compatriots.

When asked to point to the biggest headache for the region’s companies in 2014, I would focus on the retention of their best people. Good opportunities for professionals to act against bad management by voting with their feet and finding new jobs are on the increase. The available jobs are getting more plentiful and attractive. Dubai, the region’s major business hub, has recovered impressively after the credit crunch. Abu Dhabi, Qatar and Saudi Arabia have followed their major reviews of government spending with the launch of a cascade of ambitious initiatives. The world’s English-language countries also face better outlooks in the New Year.

The problem of retention is a wider management issue; it is not sufficient to throw the task on the HR director’s desk and expect an easy resolution. The problem is more fundamental: it concerns how business has been done here in the past and how businesses must adapt to the future with more intense competition. Three factors help explain the sensitivity.

First, emerging markets provide ideal conditions for the Peter Principle and organisations are consequentially burdened with an extraordinarily high share of weak managers. Laurence J Peter coined the principle in North America in the 1960s, pointing out that managers move upwards in an organisation until they reach their own level of incompetence. The rapid growth that exemplifies emerging markets means that managers can show impressive results and receive a much greater level of responsibility without necessarily having the requisite managerial ability.

Second, the renewed boom ignites aggressive job offers that can tempt even the most loyal employees. The Gulf is not so large as to be able to easily absorb the sudden demand for talent that one big company’s expansion can suddenly trigger for certain types of professional. This translates into vibrant salary premiums. For example, 40 per cent increases have been far from uncommon in the IT sector, when each of a couple of players staffed up. Even though recruiters have learned a lesson from the bonanza prior to the crunch, they do now seem to value prior regional experience more, thereby making the relevant pools of talent smaller.

Third, the efforts to nationalise larger parts of the private workforce fuel additional circulation of the best-qualified people. This turnover happens in two ways. Organisations are queuing up to hire high-calibre Gulf nationals. Meanwhile, expats, who feel threatened by nationalisation, or find their career prospects unsatisfying, are looking for jobs that are either safer or more promising.

The desire to leave, or the temptation to do so, of individual employees is at the heart of the problem. No factor, other than compensation, is more influential in such a decision than each person’s direct line manager. You can pay people to do a piece of work but that does not automatically buy either their passion or loyalty.

A PowerPoint presentation in the boardroom will not remove the problem of people retention. That is the case even if the plan dictates a thorough list of actions and specifies tangible measures to track progress. Success has much more to do with the mindset with which each line manager engages and develops his or her direct reports on a daily basis. This must start at the very top of the organisation, from where the mindset should be projected and persistently pursued.

Ultimately, the problem is not that complex and can be overcome. My optimism survived the depressing stories that I heard during my research for the book. During my daily work as an executive coach, I am confirmed in my belief in the huge potential and great opportunities for every business leader in the region.

Nicolai Tillisch is the author of ‘Effective Business in The Gulf: Mastering Leadership Skills for Greater Success’ and the founder of Dual Impact, the Dubai-based executive coaching and facilitation firm. The book is available on Amazon Kindle, bookstores throughout the region and at Books Arabia.