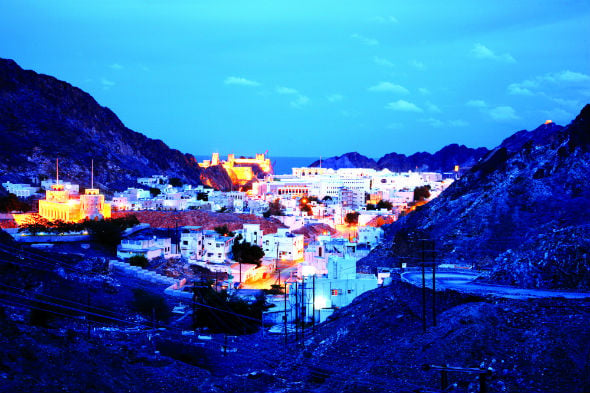 Oman has shown strong economic growth momentum and its outlook remains positive despite the struggling global economy and Arab Spring. GDP growth was estimated at 6.4 per cent in 2012, compared to 4.4 per cent in 2011.

The country has large surpluses in fiscal and balance of payments positions, and stable domestic monetary and financial conditions.

Oman’s focus on reducing its reliance on oil and gas is beginning to pay off, with big strides being made on diversifying the economy, fostering new industries such as Islamic banking and on the development of national talent. These plans form part of the Government’s five-year development plan as well as the ‘Vision 20-20’ plan.

Under Vision 20-20, the country will continue to increase the measures of diversification into the service, industrial and financial sectors.

Promoting new industries and expanding downstream oil operations such as petrochemicals have been a cornerstone of Oman’s aim to cut the economy’s $73 billion reliance on the hydrocarbon sector and create jobs to combat unemployment, which the IMF puts at over 24 per cent.

The government of Sultan Qaboos bin Said, Oman’s ruler for 42 years, earmarked investments of up to $15 billion in new petrochemical and infrastructure projects at the port over the next 10 years.

Oman hopes to boost growth and employment with a 1,000 km, $13 billion railway. It is also investing heavily in airport and port operations in the southern city of Salalah near the border with Yemen.

It is all part of a plan to give the private sector a bigger role in the economy as oil production, which accounts for 77 per cent of government revenues and half of economic output in non-OPEC Oman, looks to be nearing a peak.

Meanwhile, after nearly doubling in 2001-2010 and feeding economic expansion, gas output in Oman fell 2.2 per cent to 26.5 billion cubic metres in 2011, the first annual drop in a decade. The large scale public and private investment in infrastructure extends to a new airport in Muscat which, due for completion in 2014, will have an annual capacity of 12 million passengers.

This will support the growth plans for Oman’s travel and tourism industry, which is expected to contribute six per cent of the country’s total investment by 2021. Oman has already approved the spending of around $8 billion on tourism-related property developments across the country with the aim to attract around 12 million visitors a year by 2020.

Economic diversification is further supported by new tax laws, a Free Trade Agreement with the US, new privatisation laws and aims to create a more market friendly environment. With 70 per cent corporate ownership available to foreign investors, Oman continues to attract a large amount of foreign investment.

Oil and gas continues to dominate economic performance in Oman, accounting for approximately half of GDP and constituting around two-thirds of net fiscal revenue.

The revenues are estimated at RO 11.2 billion for the year 2013 with the oil price budgeted at $ 85 per barrel and the average daily production at 930,000 barrels per day.

BOE is a measure for hydrocarbon production which is used by firms as a way of combining the production of oil, natural gas, liquid petroleum gases and condensates into a single measure.

PDO recorded 1.2 million BOE per day production in 2011 against the targeted 1.1mn BOE per day. The company’s proportion of oil and gas production is approximately 50:50.

Over the long term, Oman is facing pressure to revise its relationship with the lucrative hydrocarbon sector. A BP report estimates that Oman’s oil reserves will run out in 17 years’ time if it does not step up production from current levels, which would be costly. The country’s challenging geology means gas is partly locked in rocks. It is used along with other methods to extract more oil from old fields – a process known as enhanced recovery.

External risks, including an escalating political stand-off between Iran and the West, present immediate challenges to Oman’s energy security.
Iran has threatened to close the Straits of Hormuz on more than one occasion in response to the sanctions being imposed 78-80 Oman.indd 79 upon its economy by the US and EU.

As insurance against this, Oman has announced plans to build the world’s largest crude oil storage facility
The facility will be built well outside the Straits of Hormuz near to Duqm, and have a capacity of nearly 200 million barrels of oil, far larger than any other facility of its kind in the world.

The forecast steady price of oil indicates that the country will look forward to utilising this opportunity to cash in the additional surplus to fund development of non-oil based industries, as well as channelling investments in enhanced oil recovery methods.

Oman’s population has been growing steadily to approximately three million, including around one million non- nationals, and is forecast to rise to 8.31 million by 2050. About 55 per cent of the population lives in Muscat and the Batinah coastal plain northwest of the capital; about 215,000 live in the Dhofar (southern) region, and about 30,000 live in the remote Musandam Peninsula on the Strait of Hormuz.

Non-nationals are typically guest workers from South Asia, Egypt, Jordan, and the Philippines.

Since 1970, the country’s ruler Sultan Qaboos bin Said Al Said has overseen profound economic and social change, transforming the nation of subsistence farmers and fishermen with a total of six kilometres of paved roads.

The government has given high priority to education in order to develop a domestic work force, which it considers a vital factor in the country’s economic and social progress. In 1986, Oman’s first university, Sultan Qaboos University, opened. It has continued to expand, recently adding a law college, and remains the country’s only major public university.

In total, there are about 25 public post-secondary education institutions in Oman, including technical colleges, teacher training colleges, and health institutes.

In July 2011 the Government of Oman announced 500 new scholarships annually for study in the United States, as part of an overall program of 1,500 scholarships for the year for Omani students going overseas.

These scholarships are guaranteed for the length of undergraduate study, including up to a year and a half of intensive English language study prior to entering a degree program.

The government also recently announced a new graduate scholarship program to award 1,000 scholarships over the following five years for study in the US, Canada, UK, Australia, Germany, Japan, and Singapore.

There have been a number of demographic concerns for foreign investment and trade with Oman. The country’s relatively small population and small domestic markets are amplified by the absence of a modern, high-value consumer market beyond the capital area. This situation results in competition from Dubai and other foreign retail centers.

It has also not been immune from the groundswell of political dissent in the region. Protests in 2011 demanding reforms were dispersed by riot police, and the government began a crackdown on Internet criticism the following year.

But the country has so far been spared the militant Islamist violence that has plagued some of its neighbours.

The long-term Oman Vision 2020 development plan and recent government reforms to appease the labour market highlight the need for diversification of the Omani economy by increasing the number of Omanis in the workforce (Omanisation), industrialisation, and privatization.

The domestic political dissent in early 2011 has had a profound effect on Oman, although the calm was challenged a lot less fiercely than elsewhere in the Arab world.

The country faced sporadic street protests over a lack of work and perceived corruption, developments made worse by political uncertainty as ruler Sultan Qaboos bin Said has not revealed his successor.

To appease protestors, the government created 44,000 new public sector jobs in 2011, among other measures.

Omanis like other Gulf nationals have not been keen to join the private sector, accounting for just 12 per cent of 1.4 million private sector employees in late 2011, government data shows, because the pay is lower and working hours are much longer than in government jobs. Nearly 157,000 new private sector jobs were filled by foreigners in January- September 2011, a 14 per cent jump from end-2011, while 1,500 Omanis left private sector jobs over the same period.

Unlike Bahrain, Oman turned down an offer from the rest of the GCC, led by Saudi Arabia, for $10 billion in aid, since it wants to remain resolutely independent.

Many have seen the political activism as a moment that will jumpstart much-needed reforms and accelerate diversification away from oil and gas, the backbone of the economy.

Oman has been pushing hard to promote tourism, counting on its diverse landscape and rich traditions.

The country is banking on 12 million visitors arriving annually by 2020, an optimistic outlook given the roughly 2 million a year the country receives now, according to the Ministry of Tourism.

There have been some steps towards more political expression and freedom in Oman, similar to moves in the UAE. The Omani government announced at the end of 2012 that more than 1,400 candidates are competing in its first municipal elections. Candidates, including 46 women, are vying for 192 seats on local councils that have no direct powers but will serve in an advisory role.

Still, Sultan Qaboos stands out as easily the longest-serving ruler in the Middle East, and perhaps as the world’s only absolute monarch not to have a publicly designated successor.

In 2012, the government announced a $26 billion budget (a nine per cent increase in spending) with robust increases in education, health, public employment, and social spending, and plans to cover an expected $3.12 billion deficit with oil and gas sales and issuance of domestic bonds worth $520 million. It current global trends continue to keep oil close to $100 per barrel Oman should have no problem paying for the new benefits.

Although diversification is ongoing, there are concerns that labour market issues that sparked the original protests could be met more comprehensively.