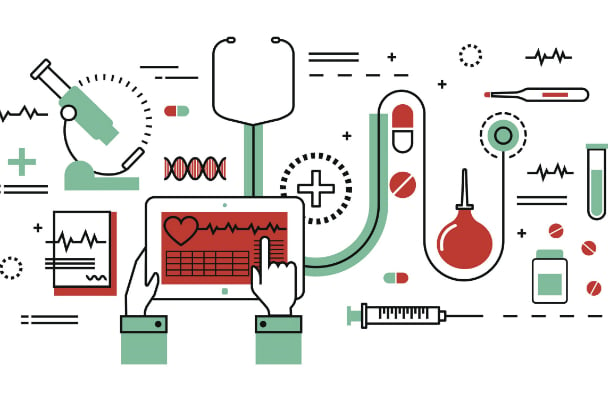 In the aftermath of the Covid-19 virus – that spread from China’s Hubei province late last year and has weighed heavily on individual health and institutional well-being – there has been a massive spike in matters related to health awareness.

As the virus continues to spread and impact lives all around the world, it has set off a wave of health related insecurities, feeding into the anxiety of the world’s population that is either at risk of developing deteriorating health conditions or keen to keep health complications at bay. This has resulted in the adoption and further development of healthcare apps and gadgets to facilitate early disease detection and effective management, as well as a healthier lifestyle.

Globally, investments in this sector mirror a similar trend. Over 50 per cent of the top 25 biggest early-stage deals in the first quarter of this year were in pharmaceutical and biotech startups in the US, a report by PitchBook Data and National Venture Capital Association (NVCA) revealed.

Meanwhile China-based MegaHealth Information Technology recorded a five-fold increase in sales in February and March this year compared to the last quarter of 2019 primarily due to its medical ring, a wearable pulse oximeter to monitor pulse and blood oxygen levels, Bloomberg reported.

Paying heed to this growing global trend, local youth are fast ﬁnding their feet in the digital healthcare space.

In the UAE, a team of engineering students from Ajman University chose to ﬁll the gap with an AI-powered mobile app built on a convolutional neural network to help users identify micronutrient deﬁciencies without the need to draw a blood sample.

Winners of the James Dyson Award for 2019 in the UAE, Ahmed Saif, Mohamed AitGacem, Saifeddin Alghlayini and Wissam Shehieb created Vita-Cam, a mobile app that analyses images of body parts – including eyes and nails – and engages a repository of medical records to identify vitamin and mineral deﬁciencies.

Approved by the Ministry of Health in the UAE, the app also extends nutritional guidance for good health and is expected to be available in Google Play and iOS stores by next quarter.

“We came across statistics showing us that more than two billion people around the globe suffer from vitamin deﬁciencies. Knowing that vitamin deﬁciencies underline high percentages of health problems, we wanted to provide a method easily accessed by everyone to help establish a healthy lifestyle,” Ahmed Saif tells Gulf Business.

“It is common knowledge that optimum nutrition can boost our immunity levels. Vita-Cam will play a role in letting the user know what they lack in terms of essential vita-minerals, and how to address the deﬁciency safely. Naturally when the human body is sufficiently acquiring all of its essential vitamins, all the biological functions of the body are expected to rise up to the optimum levels in terms of immunising the body against any external risks,” he adds.

It took three software prototypes and several programming amendments to develop Vita-Cam, according to the students. There was also an initial medical research phase, which was facilitated by one of the team members who also has a medical degree.

By winning the UAE leg of the James Dyson Award, the startup will now receive Dhs9,300 aimed at helping the team develop an advanced version of the application that can be utilised by healthcare systems and medical professionals.

Looking ahead, the route for startups such as Vita-Cam looks bright. The digital health market is projected to be worth $223.7bn by 2023, market intelligence ﬁrm Prescient & Strategic Intelligence suggests.

Concepts such as smart scales – that track body metrics such as weight, body fat, and bone density – smart skipping as well as smart toothbrushes have gained traction in recent times. As technology further disrupts the traditional healthcare ecosystem, it is expected to give rise to an online, digital health platform that will cater to the growing need for wellness.