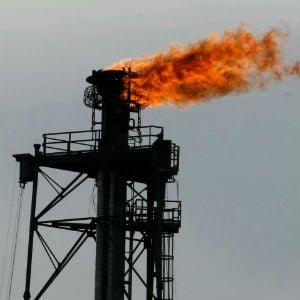 High crude prices in the past few years may give the impression that Saudi Arabia is quite content with how the oil markets have been behaving. Its rising crude output, combined with triple-figure prices and laced with enough uncertainty in the market, is reinforcing the Kingdom’s reputation as a swing supplier and market stabiliser.

But that would be an incorrect impression: Saudi Arabia is taking a rather dim view of energy markets.

“Dynamic change is… taking place within the oil industry as the US and Canada increase domestic production, Brazil seeks to unlock its large offshore reserves, and countries such as Iraq and Libya aim to increase production,” said the Saudi Energy Minister Ali Al Naimi in a speech in London in February.

Or consider remarks by Khalid Al Fatah, the Saudi Aramco chief, last November: “A few years ago, much of the global energy debate was based on the premise of acute resource scarcity and its economic and political ramifications…Today, talk of oil and gas scarcity has disappeared from both the energy press and the general media, to be replaced by news of increasingly plentiful supplies.”

Indeed, the Saudis have watched with some consternation the rise of other hydrocarbon producers. The shale oil and gas revolution in the US and oil sands in Canada is set to make North America virtually energy independent by 2030, no longer needing OPEC oil, according to most forecasts.

Closer to home, Iran, Iraq and Libya remain under-developed hydrocarbon powerhouses. And while all three are currently in various stages of disrepair and dysfunction at the moment, Saudi Arabia sees their eventual rise as a threat to its own dominance.

Of those three Middle East rivals, Iraq stands out.

BP’s Energy Outlook 2030 forecasts that as demand for oil rises over the next few decades, Iraq will match Saudi Arabia’s 3.7 million barrels per day (bpd) increase by raising its own oil production by 3.5 million bpd.

But that gap could narrow over the long run. Saudi Arabia, which has the second largest oil reserves in the world at 270 billion barrels, is the world’s largest exporter of oil and boasts a production capacity of 12 million barrels per day.

There have also been reports that the Kingdom has delayed plans to raise oil capacity to 15 million barrels per day, primarily as it feels there are enough oil projects around the world, and is focusing its energies on natural gas and alternative energies.

Meanwhile, Iraq holds the fifth largest oil reserves in the world with 143 billion barrels, and is the world’s 12th largest producer at an average of 2.6 million bpd last year. The Iraqi Government plans to raise this figure to 10-12 million within seven years.

“This level is commensurate with Saudi Arabia’s capacity,” says Songying Fang, assistant professor of political science in Rice University. “Rising Iraqi output could alter the balance of political power within OPEC and challenges Saudi Arabia’s current leadership. Iraqi oil reserves are considered very low-cost to develop and are competitive with those of Saudi Arabia.”

Almost no one expects Iraq to reach that target any time soon. But its stated oil ambition does pit the country against Saudi Arabia and creates another potential oil powerhouse – no doubt with spare capacity – to offset some of the influence the Kingdom wields on oil markets today.

Add the Iraqi government’s close ties to Iran and we have a politically-charged oil market on our hands – even more so than it is already.

While Iraq’s journey to the magic 12-million figure has been slow, it has nevertheless been moving forward.

“Downside risks remain, with the withdrawal of US troops uppermost on the list and fears of escalating instability as insurgency bombing increases,” warns the IEA. “The IOCs also report that continued bureaucratic, logistical and operational constraints are posing significant challenges and delays to project work, which we have already largely built into our forecast.”

One of the most important challenges for the country is the oil law which has been pending since 2005, two years after US forces ousted Iraqi strongman Saddam Hussain. While the government’s various provinces and ministers seemed close to signing off on the law earlier this year, analysts are divided whether the legislation will be passed anytime soon.

Not that it has held up the oil industry.

The Iraqi Government has signed at least 12 major deals with major oil companies such as BP and ExxonMobil, and raced ahead with its oil development, generating significant oil revenues. A new round of bidding for oil licences is expected to start in April.

Then there is Kurdistan, the maverick federal Iraqi state that has sparred with Baghdad and recruited a number of smaller, independent oil companies to explore and produce oil from the region – all those smaller companies have been ‘blacklisted’ by the federal government.

While Baghdad has avoided confronting KRG’s oil strategy directly, things have come to a head after Kurdistan recently struck an exploration deal with ExxonMobil (Exxon has not confirmed the KRG deal, but it has not denied it either).

Baghdad is not in a position to ‘blacklist’ ExxonMobil, given the oil giant’s clout in Washington and financial muscle. Baghdad also depends on the company to produce 370,000 barrels a day at West Qurna-1 under a central government service contract.

While the Iraqi government has publicly warned Exxon that it could lose its contract to develop the field, which has proven reserves of about 8.7 billion barrels – this is unlikely to happen.

These are tough political issues that could go either way and may derail wider progress in the Iraqi oil industry.

They also highlight the absence of a legal framework for all oil companies signing contracts with Iraq, putting pressure on the government to fast-track approval of the oil law before the end of 2012.

Politics and legal hurdles are not the only issues holding Iraq’s industry back.

The IMF says that Iraq’s main risks in the coming years will be bottlenecks in the export infrastructure that need to be addressed urgently.

“The authorities are working to upgrade and expand the country’s oil infrastructure. Additional single point moorings are planned at the Basra oil terminal, as well as additional pipelines to the terminal, which is Iraq’s largest point of export,” said the IMF in a report.

Plans also include the construction of new domestic pipelines to connect the southern fields to the northern pipeline to Turkey, and a new pipeline to Syria. In addition, large investments in supporting activities are also under way and planned, including the construction of desalination plants to produce water for injection in the fields, and storage facilities.

“These investments will require time to implement, and suggest a more gradual increase in Iraq’s oil production. Based on more conservative assumptions for the time it will take to expand Iraq’s export capacity, oil production could still increase to over 5 mbpd by 2017,” notes the Fund.

However, the two-steps-forward one-step backward strategy has come to the fore once again as the oil ministry decided to “indefinitely” postpone the opening of an oil floating terminal capable of exporting 900,000 barrels per day.

Saudi Arabia is watching these developments across the border. Oil investment is a long term game, and while the Kingdom has no intentions of giving up its position any time soon, it’s also conscious that it must draw up Plan B.

“Saudi Arabia will continue to be a stable supplier of crude oil to world markets for many decades,” noted Oil Minister Al-Naimi. “We are continually investing in our oil and gas industry, as exemplified by our investment to increase production at our Manifa oil field.”

But the Kingdom is also looking to diversify its economy away from its over- reliance on fossil fuels.

For example, Saudi Arabia has been working on developing solar energy. The country has roughly 3,000 hours of sunshine per year, emitting about 7,000 watts of energy per square metre. Saudi Arabia also features empty stretches of desert that can host solar arrays and has deposits of quartz that can be used in the manufacture of silicon photovoltaic cells.

In addition, the country plans to produce power from nuclear reactors by 2020 in order to meet domestic power needs and to free up oil and natural gas for export.

And there is yet another “black swan” event on the horizon. The eventual reformation of Iran over a few decades could open up the world’s fourth largest holder of oil reserves in an already crowded market.

The Minister noted that he is an optimist.