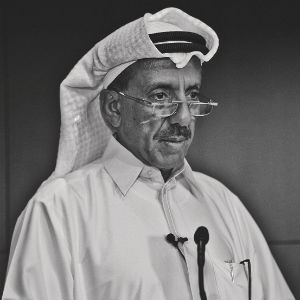 For a man regularly named in the various rich lists of Forbes magazine, Khalaf Al Habtoor, the UAE national businessman at the head of the Al Habtoor Group of companies, certainly has an office that hints at his status.

His anteroom, bedecked with golden wall paper displaying an exotic ancient map of the world as well as a giant flat screen TV, could comfortably accommodate a plethora of waiting business executives, while the spacious office itself with its classic, yet imposing, furniture exudes a sense of statesman-like authority.

Despite these suggestions of grandeur, Al Habtoor’s HQ is in a comfortable mansion on a predominantly residential street in Dubai and, as we commence our discussion, he advises me that he will soon need to go and say his prayers.

A short while before, Al Habtoor was holding a press conference to announce the resumption of his group’s hotel project on the Palm Jumeirah following its suspension during the 2008 economic downturn.

The property, which is scheduled to open at the end of 2013 and will cost a total of Dhs 1 billion, will be known as the Waldorf Astoria Dubai Palm Jumeirah following a tie-up with Hilton Worldwide. The deal will see the Waldorf Astoria name enter the Dubai hotel scene for the first time. The agreement will also include Hilton re-branding two hotels owned by the Al Habtoor Group in Beirut.

Al Habtoor has always been outspoken and passionate in his views, as exemplified by his occasional criticism of US foreign policy, but on this day, his ardour was directed at talking up Dubai’s prospects. “The benefit of this investment for the country is that it is great for the economy. A lot of people are benefitting – this provides for the contractor to hire a lot of people to work, catering providers, utility suppliers, water, electricity and sewerage facilities – all of this is government related, and with the government directly benefitting.”

For Al Habtoor, the re-launch is not just a business decision but a clear sign that Dubai is on its way back. “My hope from this announcement is to send a strong message to investors who are hesitant to renew their faith in my country. Our commitment to the country’s growth and improvement is our priority.”

Al Habtoor used the press briefing to urge the UAE government to follow his group’s lead and to forge ahead with vital infrastructure building projects “from the border of Oman to the borders of Saudi Arabia and Qatar”.

The Palm Jumeirah has had unfortunate media coverage on occasion due to its scrapped or delayed real estate projects and stories surrounding its debt-laden developer Nakheel, but Al Habtoor only sees opportunity in the man-made island. “The economic crisis affected not only The Palm and its developers, but the rest of the world. Just recently, the US itself was close to default. But this is no longer the issue. The Palm is a unique project, engineering-wise, there is nothing like it and it will be a landmark in Dubai.”

But with real estate investment and advisory firm Jones Lang Lasalle (JLL) predicting that around 12,500 further hotel rooms will open in Dubai by 2013, and the Palm Jumeirah already seeing several high-end brands like Jumeirah, Kempinski and One & Only moving in, does the city need another five star hotel?

“Look at the number of visitors coming to the country, it is increasing every year. As long as you have a prime site and professional management then you have a good opportunity. I admit there are some hotels now in Dubai which are in a difficult location, such as in Deira, or do not have enough quality in their facilities which will suffer when more rooms open.”

Business Monitor International stated that Dubai’s hotels enjoyed occupancy levels of 81 per cent in Q1 2011, while JLL revealed that, over the same period, the city’s hotels had received 14 per cent more guests year-on-year. These figures seem encouraging, but with the world seemingly facing up to another period of economic hardship, is now the right time to commit more than $250 million to the hospitality sector?

“There are two things that people do – one is eat and the other is education. I’d say the third priority after this is to visit a hotel and take a holiday. Dubai is a very safe destination and for that reason, people will come here.

“Our room rates are also very cheap. You go to Istanbul and it’s 500 Euros a night, Paris is 1,000 Euros. You can find some hotel rooms here for $50 a night. So, a cheap destination, security, it’s well protected – what else do you want?”

Al Habtoor’s portfolio of companies comprises a host of other industry sectors including engineering, automobile distribution, real estate and education. Earlier this year, the engineering arm, the Habtoor Leighton Group (HLG), required an injection of $272 million from its Australian parent due to write-downs and delayed payments. Al Habtoor was quoted as saying the firm needed around $1 billion on its operational side for its GCC operations.

He admits the collapse of the real estate sector in Dubai took its toll. “The slowdown had the same effect on us as it did on other large companies. A lot of really huge projects in our portfolio were cancelled and, also, we have experienced non-payment from clients – not only from Dubai but other parts of the GCC. Leighton Holding, the major shareholder, is executing everything and trying to sort it out.”

Nevertheless, HLG has won a number of significant contracts this year, including several in Abu Dhabi, and just recently it was awarded a $290 million deal for a mixed-use shopping mall and office project in Doha. Indeed, Qatar is a market that HLG might look increasingly towards as it is part of the Advance Rail Group, which has linked up with Spain’s Dragados, to seek out railway contracts across the region, with the Doha Metro a major target.

Dubai took a mauling in the crisis of 2009 and global markets are now once again on high alert as sovereign debt crises threaten to engulf the world’s major economies. But Al Habtoor remains resolutely optimistic and he predicts double digit growth for his group in 2011 thanks largely to his automotive and hotel businesses.

“You have to be positive. I look at Dubai as a jewel and a safe haven for any investor. If you cannot be positive, you die.”