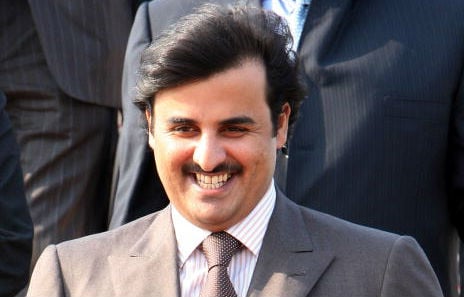 Last month Qatar surprised the world as its Emir, Sheikh Hamad bin Khalifa al-Thani, stepped down from his position at the still-sprightly age of 61 and handed power over to his son.

The succession of Sheikh Tamim bin Hamad al-Thani, 33, demonstrated how forward thinking the tiny Gulf state is, not only in its aggressive overseas investments and political brokering, but also on domestic matters.

While no such transferring of power is expected anytime soon from Qatar’s neighbouring countries, Gulf Business takes a look at some of the next generation of GCC leaders who could possibly rule the Gulf in the future alongside Sheikh Tamim.

Saudi’s tradition of transferring power sideways along its line of brothers – all sons to the Kingdom’s founder King Abdel Aziz – rather than through younger generations could prove to be problematic in the not too distant future.

King Abdullah, who turns 89 soon and underwent a major back operation last year, has already started to install some younger-generation figures into key positions in the ministry.

However the recent appointing of Prince Mohammed bin Naif, son to the late Naif bin Abdulaziz, as Interior Minister has given cause for some Saudi commentators to wonder if he is a future King-in-waiting and as such the first of a new generation of Saudi rulers. Time will tell.

In contrary to the plethora of eligible brothers and sons for Saudi’s King Abdullah to choose from, Oman’s Sultan, Qaboos bin Said al-Said, has no children and has never publicly hinted who his successor might be.

Despite a ruling dynasty of around 50 males, it is unclear what hierarchy exists or who the likely candidates are as there is no division of labour; the Sultan holds several key positions within the ministry including prime minister, head of foreign affairs and head of defence.

Observers of the sultanate say three cousins of the Sultan stand the best chance of future rule. Assad, 62, is seen as the frontrunner and serves as the Sultan’s personal representative. Shihab, 57, is a retired military man while Haitham, 55, is a minister of culture having previously worked for the foreign ministry.

Those looking for a ‘new generation’ ruler may have their hopes answered if Taimur, a son of the Sultan’s cousin Assad, is given a prominent ministry role soon. He is currently 33.

Not only the president of the UAE but also the supreme commander of the UAE’s armed forces, Sheikh Khalifa bin Zayed al Nahyan, 65, has a host of eligible potential candidates in waiting.

His brother, Sheikh Mohammed bin Zayed al Nahyan, 51, is Crown Prince and next in line. Beneath him are another five brothers.

The Crown Prince of Dubai, and next in line to rule the emirate, is Sheikh Hamdan, son of Sheikh Mohammed bin Rashid al Maktoum, and chairman of the Dubai executive council.

As the King of Bahrain, Hamad bin Isa Al Khalifa, 64, was once Hakim and then Emir of the island state, before declaring the country a Kingdom in 2002. He is joined in ruling Bahrain by his uncle, Sheikh Khalifa bin Salman Al Khalifa, the world’s longest serving prime minister, holding the position since 1971.

Sheikh Nawaf’s appointment went against tradition of the Al-Sabah family in which the positions of Emir and Crown Prince alternate between the Al-Ahmad and Al-Salem branches.

Sheikh Nawaf has held senior roles in government including minister of interior, minister of defence and first deputy prime minister.