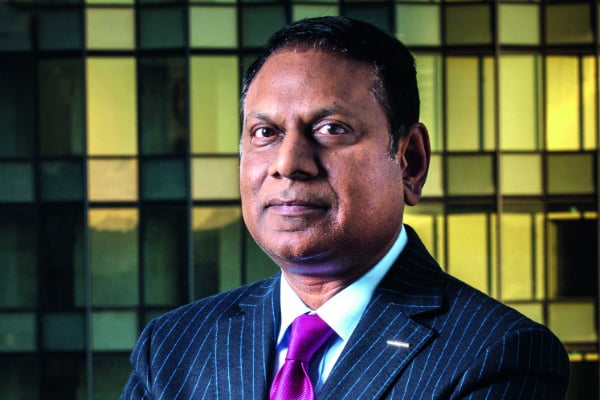 Throughout the twentieth century, the automotive industry was one of the principal drivers of change around the world, revolutionising the way that people went about their lives. Personal car ownership made the world smaller and more accessible, empowering people to connect with people over distances that were previously impractical or impossible.

Similarly, as a result of the logistical possibilities brought about by the automotive and transport industries, new markets emerged and global economic development took place at an unprecedented rate.

In the 21st century, new technologies have become the major forces continuing this trend of global connectivity and socio-economic progress. The internet, which catered to niche communities at the turn of the millennium, is now an essential feature of personal life, business and governance alike. It continues to connect people and things from all corners of the world in new and exciting ways. Meanwhile, the adoption of artificial intelligence solutions, which have potentially limitless applications across all sectors and industries, will have a profound impact on the world.

These technological shifts are having a major impact on the automotive industry, which now stands on the brink of the most significant change since its global emergence in the early twentieth century. Internet of Things (IoT) and artificial intelligence (AI) applications have enabled the imminent arrival of fully autonomous vehicles that can communicate with other cars, infrastructure and people.

Another notable trend affecting the industry is electrification, with automakers introducing a wider range of battery electric vehicles (BEV) and hybrid electric vehicles (HEV) across their fleets. Using electricity to power vehicles is only part of the equation, however. With this move towards electrification of mobility, new infrastructure and sustainable energy sources have also become a focal point. Serious efforts to research and develop integrated approaches to energy are now yielding results. For example, vehicle to grid technologies that allow parked cars to feed energy back into the grid during peak consumption hours are now a reality. These efficient and effective energy management solutions will drastically affect our ability to manage energy supply and demand fears initially posed by the prospect of majority EV ownership.

Around the world, renewable energies are an increasing priority for governments, businesses and individuals. This is particularly clear in the Middle East, where a series of governmental visions have sought to reduce the role of petrodollars in national economic activity, as well as limiting the presence of oil and gas in the local energy mix. Thanks to its visionary leadership, the UAE is now well positioned to advance the future of green mobility, to the benefit of humanity.

Projects such as Masdar City, where all-electric autonomous vehicles have already been introduced, demonstrate the potential that is being realised locally. The government’s focus on solar energy has pushed the boundaries of low-cost, high-capacity energy supplies that will have a major impact on enabling widespread adoption of electric vehicles. At the same time, a national focus on technology-led innovation, infrastructure and policies has produced a welcoming environment for autonomous driving. According to a recent KPMG report, the UAE ranks eighth in a list of countries most prepared for the advent of autonomous vehicles.

These developments are instrumental in facilitating the vision of smart, clean mobility – a vision that is also shared by Nissan. It is this common goal of intelligent mobility that underpins our partnership with Expo 2020 Dubai, for which Nissan was named the official automotive partner last year. Expo 2020 Dubai is held under the theme of ‘connecting minds, creating the future’, with the goal of fostering creativity, innovation and collaboration globally across three areas: opportunity, mobility and sustainability.

These themes are perfectly aligned with Nissan’s short and long-term mission and vision for the future of mobility, and we are proud to be working so closely with the Expo 2020 team to ensure the success of the first World Expo to be held in the Middle East, Africa and South Asia region.

Since the first World Expo in London in 1851, these events have showcased humankind’s latest and greatest feats – from telephones and film to escalators and space exploration. As global leaders in automotive technologies, Expo 2020 Dubai is an opportunity to demonstrate how our groundbreaking cars of the future will be powered and driven.