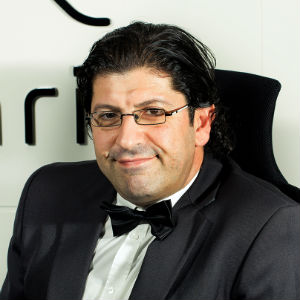 The record gains being experienced in US and European markets – and in particular the German one – are continuing to defy declining trends in emerging economies and their currencies, typified by the sharp fall of the Indian rupee seen in recent weeks.

The only European political leader who remained steadfast and outperformed the global crisis and European debt problems was the German Chancellor Angela Merkel, the most prominent leader in Europe during the last recent years and former pupil of past Chancellor Helmut Kohl.

The saying, “if Germany is fine, then Europe is fine” is in line with the nation’s image as the business leader of Europe. The German Stock Index (DAX) has now broken all records after shooting over the 8600 mark, making up for its decline during the global financial crisis, when it fell to around 3,600 points in March 2009.

The German economy is not only the largest economy in Europe, but also the most secure and stable – a fact embodied in the rate of return on German government bonds.

During the financial crisis, the rate of return was in negative territory and bond holders were obliged to pay returns to the government instead of receiving them. This shows the resilience and the maturity of the German economy, notwithstanding the criticism that Germany benefited from the Euro’s problems at the expense of its neighbours.

Merkel enjoys the distinction of being the only leader in Europe who has emerged unscathed out of the Euro crisis. Her counterparts were not so lucky, and the names of those fallen include George Papandreou, Greece’s Prime Minister; Jose Luis Zapatero, the Socialist leader and Prime Minister of Spain at the time, as well as Silvio Berlusconi, former prime minister of Italy who is considered the most important political figure since Mussolini.

Although the Euro is not the currency of the UK, upheavals in the banking sector led to the resignation of its Prime Minister Gordon Brown, one of the most prominent economists who previously held the position of Secretary of the Treasury.

Brown was a fierce competitor of the former Prime Minister Tony Blair throughout 25 years of political career. The Labour Party lost the elections, and the Conservative Party returned to rule led by David Cameron, a young Prime Minister with a strong charisma.

In France, the heat of the Euro crisis singed Nicolas Sarkozy; the French President of the time, and Merkel’s closest European ally – so much so that the press used to call the duo ‘Merkozy’. Despite being an expert on the economic situation in Europe, he was unable to bring down the rate of unemployment in his country.

Thus, Sarkozy failed to win over the French people, who gave the mandate to his rival, François Hollande. It has been argued that should Sarkozy have had the time, he could have, in a matter of weeks brought down the unemployment rate, and could have been victorious.