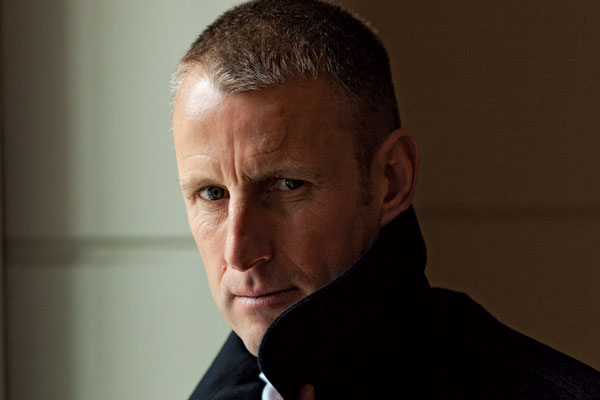 Patrick Pruniaux’s approach to the business of watchmaking is unique. He’s keenly aware that a single timepiece from Ulysse Nardin or Girard-Perregaux can often cost more than an apartment, a car or a fancy vacation – sometimes the sum of all three. Therefore, when competing for the attention of the customer, he isn’t benchmarking himself against the next watch company, but instead setting up these watch brands to compete on a much larger spectrum of luxury consumer goods and services far beyond the watch industry. He has a broader field of vision.

Pruniaux knows one more thing: Cost isn’t a determining factor for the customers of these luxury watch brands. Stories about craftsmanship, pedigree, excellence and an ongoing effort to relentlessly innovate on new technologies in the mechanical watchmaking space are ultimately what makes Ulysse Nardin and Girard-Perregaux relevant to customers.

He has worked across several industries during his career. He started nearly 20 years ago with LVMH where he handled its wines and spirits business in Latin America. He then went on to work at TAG Heuer under then CEO Jean-Christophe Babin (now the CEO of Bulgari) for nine years where he oversaw international exports. In 2014, he joined the Apple team in Cupertino and was appointed to a cryptic Special Projects Team, which a year later was responsible for debuting the first Apple Watch.

In 2017, it was Kering that came calling as Pruniaux was appointed CEO of Ulysse Nardin, one of the key brands within the conglomerate’s ‘hard luxury’ watches and jewellery segment. Ulysse Nardin, a 173-year-old watchmaker with a history of making marine chronometers and, more recently, radically changing the watch industry with its pioneering use of silicium in watch escapements, was previously led by Patrik Hoffmann.

A year into his new role at Ulysse Nardin, Pruniaux was handed the reins of Girard-Perregaux too.

In September, Ulysse Nardin opened a new boutique – one of the largest in the world – in the Fashion Avenue Extension of Dubai Mall. We sat down with Pruniaux on the sidelines of the opening to learn more about his approach to the watchmaking industry and his plans for both the brands.

A year after you took over as CEO of Ulysse Nardin in 2017, you were appointed as CEO of Girard-Perregaux too. What did you do right?
I already had the privilege of leading Ulysse Nardin, and I was fortunate because the shareholders wanted me to get involved with Girard-Perregaux too. It’s not a one-man show. I have a team of experts, some of whom are even new to the watch industry.

I’m a big advocate of mixing people from different backgrounds. For example, at UN we have three people in the leadership team who are from the watch industry but also have experiences in other businesses including sports goods and the automotive sector. At Girard-Perregaux, we have people experienced in dealing with volume watch brands at the more affordable price segment, others with experience in the high horology segment and also some with no experience in the watch industry at all but with immense experience in marketing and brand-building functions of other business like Chanel, Louis Vuitton and Nespresso.

You replaced Patrik Hoffmann who was heading UN for nearly 20 years. Was it the case of taking off from where he left off or going back to the drawing board?
You have to remember that Patrik Hoffman is the sort of business hair of the previous owner Rolf Schnyder which is why there has been a continuity in the brand for a few decades. So when you take over a 170-year- old brand like Ulysse Nardin, you actually don’t redo anything from scratch but you continue its story and make it evolve. That was my intention when I first met Patrik, who I got along with well.

One of the things that I noticed at Ulysse Nardin is that it’s a brand that at its DNA under-promises and over-delivers. At Ulysse Nardin, my intention is that when we say we’re doing 100, we actually do 100.

You’ve worked formerly at TAG Heuer and Apple and now at UN and GP. What are the similarities and also the stark differences between how these brands approach business?
I’ve had the chance to work with brands that have a high level of passion. For instance, at Ulysse Nardin today I’ve found the same level of passion that I found at Apple. There’s a constant quest for addressing the customer’s needs and also making sure that it is much more than a product. It’s an experience. Between Apple and Ulysse Nardin, there are a lot of technical innovations too. These are companies that are relentlessly looking for innovation and new ways to do things. The silicium, for example, has been a very strong innovation and today the mastery we have behind the NeXt watch which is the evolution of the Freak is a great example of innovation and research internally.

Tell us about the new boutique that Ulysse Nardin has opened in Dubai Mall.
We used to have a store in Dubai Mall, but the store was ageing. It was time to come up with a modern version of what the brand stands for and we now have this new boutique that does just that. It’s one of the largest boutiques we have in the world.

How important is the Middle East to UN and GP?
The Middle East is a very important market for us in general, and so is Dubai in particular. There is a strong watchmaking culture here with many connoisseurs of high horology and also a large collector base. The consumers here are looking for authenticity and we can provide that.

Ulysse Nardin has been with Seddiqi for over a year now – so it’s a new partnership. But I’ve known the Seddiqi family for a long time. They are, in my view, one of the best distributors not just in the region, but in the world. I am really a big admirer of their level of professionalism, human values and the interpersonal relationship with the Seddiqi family and the how they do business. They talk to the end consumer with a lot of respect. It’s a dream to do business with them. On a personal note, I’ve been coming here for 20 years. I’m really passionate about the people and the locals in Dubai.

What are the watchmaking areas that will remain exclusive to Ulysse Nardin and Girard-Perre-gaux that won’t intersect with one another?
Interestingly, the two brands [Ulysse Nardin and Girard-Perregaux] compete in the same price point. Both companies though tell very different brand stories. On one hand, at Girard-Perregaux, you’ll have the 1966 or Cat’s Eye which are more classical watches, whereas at Ulysse Nardin you will have Marine and the Torpilleur at the same price point referring to the marine heritage of the company.

At UN, you will have the Diver which I call a sport manufacture. In the watch industry, there is probably only one other brand that has a sports manufacture watch. At GP, you will have more sports chic with the Laureato. When it comes to the high horology segment, there are the classics like the Three Bridges at GP and a more destructive manufacture timepiece with the NeXt at UN. So the two brands could still compete in the same price segment but be completely different. They both answer different customer needs and experiences.

Are there plans to expand the number of boutiques globally?
I don’t believe in having a large distribution. I value quality over quantity. It depends on the opportunities and the discussions we have with our partners. When the time is right and so is the location, that’s when we will expand.

How do you ensure that the design and technical teams at both UN and GP don’t get complacent?
I am regularly applying the brakes to the work of the research and innovation teams because they have such a high number of innovations in the pipeline and they innovate with such speed – and I love it. I’m the first one to encourage them on one hand, and on the other hand to say to them ‘Hold on, let’s digest things.’

And Ulysse Nardin has also partnered with Devialet on an all-new timepiece?
It’s more a friendship than a partnership. I happen to know the team that set up Devialet. I know the three founders, in particular the former CEO and head of design Emmanuel Nardin, even before I joined Ulysse Nardin.

He told me that his ancestors came from the Swiss mountains from the Ulysse Nardin family. So when I joined the company I said to Emmanuel, ‘We should build a watch together. You’re a designer, you love watches and what you’ve done with Devialet is fantastic.’ So we started researching. Emmanuel has a lot of experience in improving the sound and we started working with the sound engineers that’s how we came up with the Hourstriker Phantom.

Are there perceptions of both UN and GP that you’d like to change?
I think both brands are strong with people in the know – collectors. It’s good to have that, but it’s good to have even more people understand that Ulysse Nardin stands for a disruptive manufacture inspired by the sea with more than 170 years of experience and that Girard-Perregaux stands for a Swiss manufacture with 225 years of experience – one of the oldest Swiss watch manufactures bridging aesthetics and functionality over time and with a sense of coolness.

Interview: CEO of Swiss Watchmaker Parmigiani Fleurier On ME Plans

Swatch Group pulls out of Baselworld

The Time Is Now – Interview With CEO Of TAG Heuer