Am I An American Arab? - Gulf Business 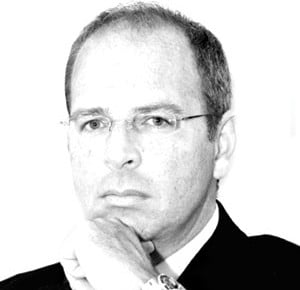 Many times when an Arab moves to America, they identify themselves as an Arab American and display it like a badge of honour, with great pride.

There are more than 1.5 million Americans, who are of Arab ethnicity, cultural and linguistic heritage or identity, who fall into this category. But the same is not true for an American (or anyone else) who moves to the Arab world. They will never be called an “American Arab”, even if they want to be.

The Arab American identification runs deep into American society, and other socieities — such as UK, Canada and Australia — that welcome Arabs and allow them to become a part of their citizenry.

For example, my good friends, Fred and Suzi Wehba, are third generation American but full of Lebanese blood and, to this day, they still refer to themselves as Lebanese Americans (a subset of the Arab American distinction), yet they have never been to Lebanon.

But for me, and millions of others, it is different. Everytime, I hear or read the term Arab American, it pains my heart. Not because of Americans welcoming people from around the world to become citizens but because, no country in the Arab world welcomes us, to become American Arabs or the like.

There is a growing set of expats who left home for work reasons and, like their forefathers of the nineteeth and twentieth centuries, have decided they like their new home and want to settle here. But, unfortunately, they are not permitted to stay any longer than the expiration (or hoped for renewal) of their work permit.

Not being an expert on immigration policy and its impact on society, I can only address the impact in the private sector. The current plan does not provide the workforce with the needed stability and confidence to act in favour of the long term. I see the implications of this, day-after-day, while advising organisations on leadership.

The private sector is full of foreign workers and will remain so given the limited size of local workforce compared to needed workforce to serve the growth of the cities. In the long-term planning considerations we need to attract and keep workers who are proud to live here and, more so, who adopt the ideals of society and make a positive contribution. In my mind, this sounds more positive than having a continual churn of residents who come for a few years and then leave.

While an organisation most likely will not shape the immigration policy, you as a leader can change the effects in your workforce. Given the facts associated with a work permit culture, leaders need to create a sense of stability. Employees have high hopes of career longevity but staff turnover is high. Albeit, pay is a factor in turnover, it is exasperated by the lack of understanding and certainty about what happens when the work permit expires.

It is regularly confessed that employees begin to think about a new job approximately six to nine months prior to the expiry of their residency visa. This happens for the simple reason that they do not know if it will be renewed, but hope to stay. Organisations need to be mindful of employees’ need for stability in the uncertainty and manage the work permit process and workforce longevity more effectively.

Having regional leadership expertise, I live here by choice. I’ve married into an Arab family, and live a life that is more titled towards Arab culture than my fading American identity. I would be proud to be an American Arab!