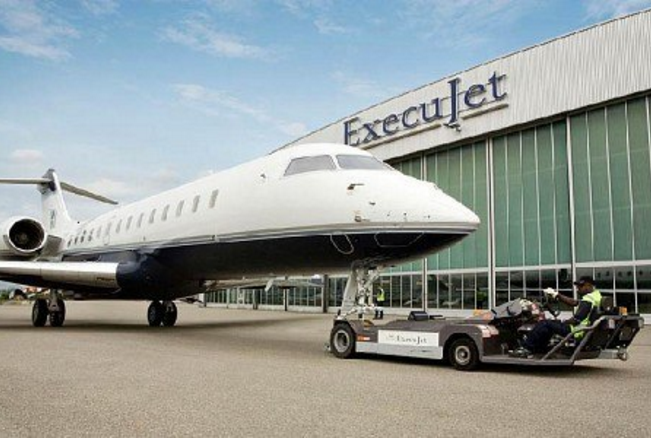 Like the veritable curate’s egg, the global business aviation market is a function of where one happens to be. The mixed prognostications for the North American market contrast with those of the Middle East where ExecuJet, for example, plans to bolster its managed fleet by 20 per cent in order to meet demand.

In its recent report Analysing the Global Business Jets Market 2015, Smart Research Insights outlined a promising outlook for the Middle East where Saudi Arabia has the largest registered fleet in the region. But it is quick to point out that the total business jets fleet here represents just 3 per cent of the world total at present.

However, given the large number of high net worth individuals in the region and the relative strength of the economy, it projects that the market will be home to 1,000 business jets by 2023.

Montreal-based manufacturer, Bombardier is also upbeat. Its forecast for 2015 to 2024 – issued in January this year – reiterates previous guidance that the Middle East market (includ- ing Turkey) will remain robust. This is not least due to the typi- cally long distances between cities and difficult ground transporta- tion that ultimately justifies the need for business jets.

Assuming economic growth of 4 per cent per annum over the period, Bombardier forecasts a fleet compound annual growth rate of 7 per cent. This translates into more than 400 deliveries valued at $15bn with medium and large category aircraft remaining the jet of choice. Fleet size is fore- cast to increase from 410 to 780.

Last year, the industry reached 601 aircraft deliveries globally – according to the manufacturer. This represented a 6 per cent increase from 2013. Demand for long range business travel also continued to grow, albeit at a slower pace, reaching a total of 200 deliveries. Medium category aircraft saw 212 total deliveries, a modest recovery from the previous year, but these are expected to accelerate as world gross domestic product growth improves. This is, of course, dependent on whether the short-term slowdown in China proves to be more protracted than previously thought.

Meanwhile, light category deliveries amounted to 189 aircraft – fewer than half the deliveries when the market peaked in 2008.

Despite having secured more aircraft orders and deliveries (since the downturn in 2009) than any other market, Bombardier is far from problem-free.

Indeed, in July it decided to postpone the planned entry into service of its new business jet – the Global 7000 – until the second half of 2018, citing unspecified challenges to its development programme.

That particular move came just three months after the company announced plans to cut production of its Global 5000/6000 business jets to between 50 to 60 aircraft per year, from 80 to 85 annually.

It also confirmed an indefinite pause in its Learjet 85 development programme back in January – leading to a pre-tax special charge of approximately $1.4bn in Q4 of 2014. This was followed by a pledge to reduce the employee headcount by approxi- mately 1,000 in 2015.

If development costs may be acting as a short-term inhibitor at Bombardier the picture is rosier at the sharp-end. ExecuJet, for example, has expanded its managed fleet in the region. It has added three large-cabin business jets over the past three months with a further two scheduled through to the end of the December.

“Adding these state-of-the- art aircraft to our managed fleet follows the general trend in the region towards ultra-long-range Global and Gulfstream air- craft and we are delighted to be expanding at such a pace,” says vice president for the region Mike Berry.

The firm also notes increasing interest in its aircraft management service, having built a network of maintenance, repair and operations facilities as well as agreements with third party providers.

“As we continue to receive positive feedback and referrals from our customers globally, we are experiencing very high interest in ExecuJet’s aircraft manage- ment offering in the Middle East,” adds Berry.

But this is not to say private aviation is without its challenges. Despite the delivery numbers posted by manufacturers such Bombardier (its corporate issues notwithstanding), the global busi- ness aviation industry – including the Middle East – faces a number of issues going forward.

Globally the economic slow- down in China looms large over the industry and the Middle East has its own issues.

These include local political turmoil impacting fuel bills, congestion in the skies due to increased military use and the fail- ure, so far, to address the threat of the so-called ‘grey market’.

The Gulf has benefitted from the repositioning of aircraft to the likes of Dubai, due to the ongoing conflict in Iraq/Syria. This has proven to be a double-edged sword. Fuel bills – despite soft oil prices – have increased due to the need to fly around militarily active areas such as Syria.

Meanwhile, the grey market – where private owners rent out their planes to third par- ties undercutting legal licensed operators on cost – remains a very real threat. Industry estimates suggest it accounts for up to 25 per cent of transactions in the region. But after years of debate, some progress is finally being made.

The practice has largely been stamped out in Abu Dhabi where private flight declaration forms – to be completed by the aircraft’s pilot or charterer as part of the departure check system – have been introduced. Operators also have to prove they have an air operator’s certificate.

There are also signs the clampdown will be imple- mented across the country with the United Arab Emirate’s General Civil Aviation Authority and the Department of Transport now examining enforcement procedures.

In the meantime, this illegal market continues to operate else- where. As long as it does, it will act as a drag on legal licensed operators in the region and the industry as a whole.