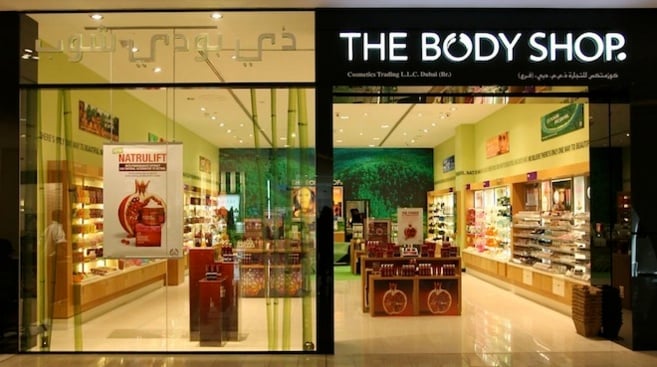 British cosmetics retailer The Body Shop is planning to launch its own e-commerce website in the United Arab Emirates as its growth in the region outperforms the rest of the word.

The ethical beauty giant’s chief executive Jeremy Schwartz said the company planned to launch the new website in Dubai in 2017.

The CEO claimed that during 2015, the 40-year-old company had grown much faster in the Middle East compared to the global average.

Saudi Arabia and Kuwait were cited as being particularly strong markets, while the brand also saw a resurgence in Oman last year, Schwartz said. The male market is also stronger in the Middle East, forming 40 per cent of overall sales compared to 35 per cent globally.

Speaking to Gulf Business he said: “The Middle East represents a significant part of our business. Last year in the Middle East we had a total growth that was about three times greater than that of our global growth.

“The new website is to be a blend of our own website and third party websites that are linked to premium beauty and not just on any site. It’s not just about functionality, it’s about the product experience.”

Currently the franchise has 43 stores in the UAE and 350 across the Middle East. It opened its first regional stores in Saudi Arabia and Qatar in 1987.

Schwartz said the growth surge in the Middle East was in part due to its mission to become ‘experts’ in Ramadan and gifting.

“We had more than 30 different gifts for Ramadan and we invented some specifically for the period and that was a big contributor. We will continue to do that.”

“Lots of companies have got onto sustainability, many of them have copied The Body Shop – the CEOs say they were inspired,” said Schwartz.

“The question is, if we are a pioneer and an innovator, how do we re-invent the concept of corporate responsibility?

“We came up with the idea ‘Enrich not Exploit’ to enrich our customers and local suppliers, but also not exploit them with false promises.”