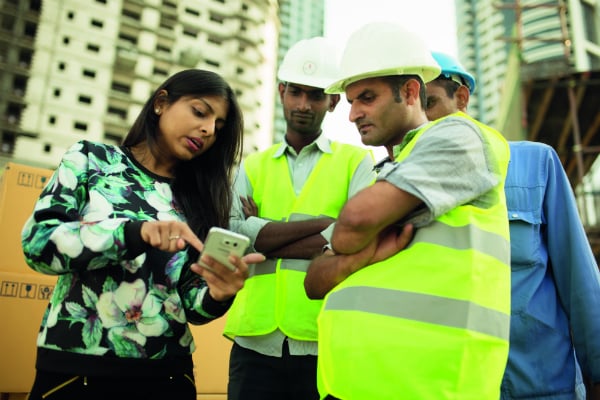 For the vast majority of people working in the GCC, salaries can be both vital and prohibitive at the same time.

Low-income migrant workers who earn under Dhs5,000 ($1,361) per month often rely on their wages to provide for their families either here in the region or in their home countries. But these same people – who make up an incredible 70 per cent of the working population – do not earn enough to be able to open a bank account. That’s certainly the case in the UAE where the magic figure of Dhs5,000 is a minimum salary requirement for bank account applications.

To put the quantity of people in more tangible terms, there are 4.5 million people in the UAE who cannot get a bank account due to their salaries – a figure that shoots up to 26 million people when you take into consideration the entire GCC.

Effectively being paid cash-in-hand, unable to manage or use their finances electronically, and at the mercy of exchange houses’ remittance rates, these millions of people have been forced to live outside the financial system, disenfranchised and disempowered. Until now.

Over the course of the past two years NOW Money has developed a platform to bank low-income migrant workers in the UAE, providing them with direct access to a current account, a debit card, a remittance marketplace, and other services. All from their smartphones.

Devised by Ian Dillon and Katherine Budd, NOW Money uses mobile banking technology to offer financial independence to those who were previously unable to open an account due to their salary levels.

“Both Katherine and I come from banking backgrounds – Katherine from the retail banking analytics side, and me from an investment banking side of things. And we both had independently come into contact with ‘challenger banks’ in the UK,” says Dillon as we meet to discuss the innovative business.

‘Challenger banks’ is a term that describes a subset of banks that are launching purely on smartphones, eliminating the need for branches and the numerous costs that come with them.

“These days the smartphone is the only medium that most people access, so we thought about looking into doing that here in the UAE,” he continues.

“We thought it might be a nice model because the banks here can be fairly slow, the service can be awful, they can be expensive, and so on. But when we started looking at the demographics we realised that the wealthy population is overbanked – there are loads and loads of banks chasing after one guy.

And we realised it’s actually not that many people – the wealthy population is a fairly small proportion of it, and we found that 70 per cent of the population – about 4.5 million people – are low-income migrant workers.

“Then we realised that the banks set minimum salary limits in order to be able to open an account, and that these guys get paid on these pre-paid cards, which are essentially just cash in hand because all it allows them to do is take out cash from an ATM once a month.”

And so the kernel of an idea started to grow into a potentially wider-reaching, impactful and profitable fintech business.

“One of the main benefits of having a bank that’s based on a smartphone is that without all the branch network and thousands of staff, your cost base is about 90-95 per cent lower than a traditional bank,” explains Dillon.

“When your cost base is that much lower it means you can profitably bank people with a lot less money.”

With 98 per cent of low-income workers owning a smartphone, there was clearly a big market for NOW Money to tap into – especially as many of them were familiar with smartphone banking in their home countries.

“They’ve come from countries where smartphone banking is the norm,” says Dillon.

“In India it’s PayTM, in Pakistan it’s Easypaisa, in Bangladesh it’s bKash and in Kenya it’s M-Pesa. So it’s completely normal for them. They come here and they actually have to take a step backwards.”

To date, employers have provided accounts to their employees, so Dillon and his team have entered into a series of agreements with companies in the UAE to provide the end-user accounts. 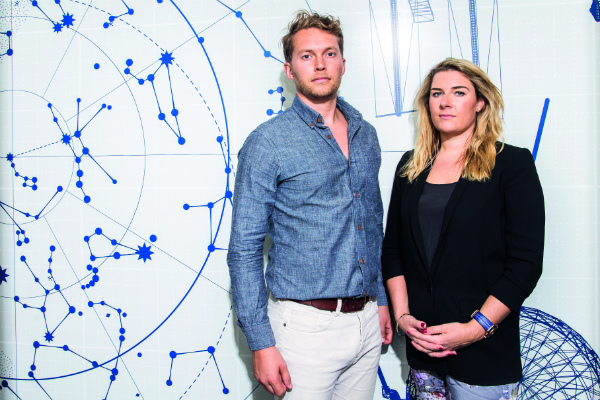 “They can remain with their existing wages processor and then we take all of the KYC [know your customer] onboarding information and open an account using that. We go in an meet the person, verify they are who they say they are, make sure the account is downloaded and working for them, and introduce it to them that way.”

By being banked in this way, low-income workers can make transactions by virtue of a MasterCard debit card that comes with the account, pay bills in their home country, top up phone credit, develop a credit rating and remit money to families abroad. Additional features are under development.

Dillon says: “It’s a solution that allows these guys to for the first time have an account and to be able to manage their finances from it. Most importantly it allows them to remit their money back home, which is what they all come here to do. They remit between on average 65-70 per cent of their earnings back home.

“The UAE as a whole remits about $30bn outbound per annum. Low-income migrant workers make up around half of that. Across the GCC it’s about $103bn, which is a huge amount. On average each of them will support between five and 15 people back home on their one salary – so it’s kind of a lifeline.

“The way we allow the remittance is by doing a sort of ‘compare the market’, where they choose the cheapest or the easiest for their family. We have a bunch of exchange house partners on there.”

As well as generating social impact, with so many people earning less than Dhs5,000 in the UAE, Dillon also believes that there are several business opportunities at hand.

“I think people don’t realise how many of them there are and how important they are to this economy,” he says.

“The low-income workers here aren’t just a few construction workers on a site in Al Ain. It’s the guys serving coffees, it’s the guys doing the cleaning, it’s a lot of the people working in hotels, taxi drivers, lorry drivers, people in restaurants – it’s just so many different people. And they’re the people who make it all go round here.

“In terms of whether other businesses realise the opportunity, I would say they probably don’t yet but I think they pretty quickly will as and when we get going and scale up. That’s not through the amounts of money they can make on any individual customer but just through sheer force of numbers. There are 26 million people across the GCC, so for example if you’re providing health insurance and were only making $1 per customer per year, if you can get that across the GCC then that’s a $26m a year business.

“I think – and obviously I’m biased – that there’s a pretty big benefit to the country as a whole as and when they embrace this.”

It would appear that critics in several circles already agree that there is more than a little mileage in NOW Money’s proposition.

At the tail end of 2016, the company won the award for best start-up at the Global Women in STEM awards in Dubai, following co-founder Budd’s pitch to a panel of experts.

As if that wasn’t enough, in January NOW Money also won the Gulf regional final of Chivas The Venture – a global search to find a support the next generation of social enterprises. The grand final will take place in Los Angeles in July.

And most recently, in March, the company won the ‘heavyweight title’ at start-up pitching competition Get In The Ring Abu Dhabi, held by Flat6Labs.

“The exposure you get from them is unparalleled. The judges of these competitions are industry experts from this region, and it’s often the first time they’ve heard about the low-income migrant worker numbers, so that shows us how far we’ve got to go in getting the message out there.

“The competitions are great, but they’re just a start so we really need to keep going.”

For Dillon and the rest of the NOW Money team ‘keeping going’ will mean a number of potential developments in the coming months, including teaming up with banks.

“It is part of our plans – or at the least the possibility of it,” the co-founder says. “We’re looking at a couple of partnerships at the moment, and that would bring us relatively large amounts of customers.

“There are also expansion plans. All of the GCC markets are big in isolation, so the idea for us is to get established in the UAE as fast as we can and quickly get out to the other markets. We’re already expanding into Bahrain.”

The pace of NOW Money’s growth and recognition, and urgency of its agency certainly befits its name. And with its participation in high profile global events coming up in the next few weeks, there’s little doubt we’ll be hearing much more of Dillon, Budd and their team.

Most importantly, however, as the business succeeds we should see the growing financial empowerment for vast numbers of low-income workers across the GCC.