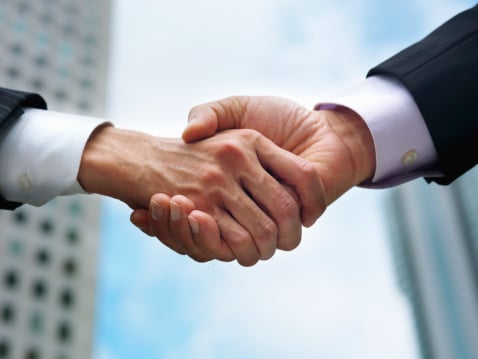 In an increasingly competitive business world, it’s vital to make the right impression to stand out from the crowd. It all starts with the handshake.

Here are some different types of handshake and how to deal with them, according to business expert Penny Edge, founder of the Finishing Academy UK consultancy.

This person shakes hands strongly and grips the forearm with the other hand. Usually it is a managing director who wants to show control.

While this grip may be okay between two alpha males, in most circumstances it is too hard and holds for too long.

This is known as the limp lettuce handshake. If you’re on the receiving end, take control by adjusting this handshake and giving two firm shakes.

This is described as a firm hold with two shakes and eye contact.

Do not grab hold of the other person’s wrist when shaking hands.

READ MORE: How To Make The Right Impression