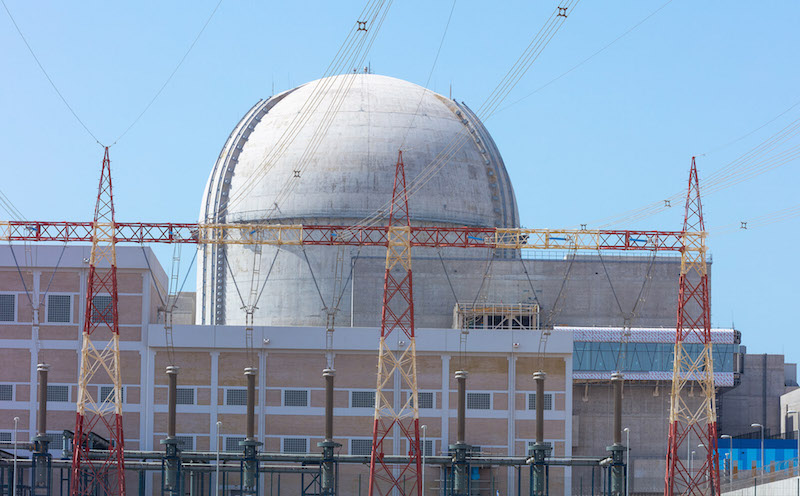 The Emirates Nuclear Energy Corporation (ENEC) has completed all the major construction work of the third unit at its Barakah nuclear plant in Abu Dhabi, it announced on Tuesday.

Major concrete pouring and installation of the turbine generator and the internal components of the Reactor Vessel (RV) have been completed, a statement said.

Preparations are now on for commissioning of its mechanical and electrical systems and significant testing, ENEC said.

Construction crews will now begin transitioning from the third reactor to the fourth – and final – unit in the plant.

The $24.4bn plant is the world’s largest nuclear project under construction and will be the first in the Arab world. The plant has total capacity of 5,600MW of electricity.

The construction of the first reactor has been completed and it is currently undergoing commissioning and testing, prior to the final regulatory reviews and receipt of the operating licence from the Federal Authority for Nuclear Regulation (FANR).

In May, ENEC confirmed that the start-up of the plant’s first nuclear reactor had been delayed, with operations expected to begin between the end of 2019 and early 2020.

However, earlier this month, FANR said that that start of operations at the nuclear power plant would depend on the outcome of further reviews of the project.

Raoul Awad, the deputy director of general operations of FANR, said they were reviewing the licence for the operator to ensure that it fulfills all safety and regulatory requirements.