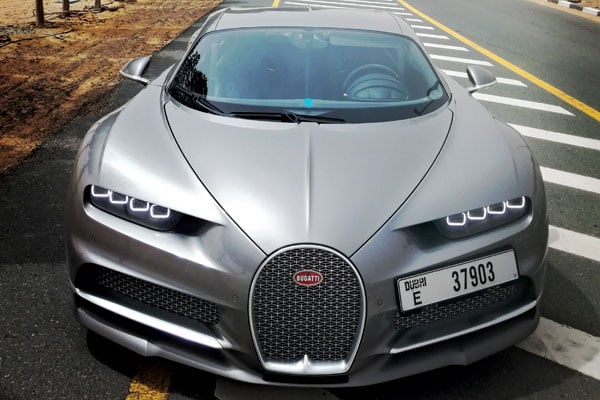 Usain Bolt is the fastest man in the world and holds the 100m sprint world record at 9.58seconds. But imagine if his coach asked him to knock another two-tenths off that time. How could it be possible to raise a bar that’s already sky-high?

This is pretty much analogous to the challenge Bugatti set itself in conceiving the Chiron Sport – an uprated version of the ‘standard’ Chiron that sets an even more stupefying benchmark. Bear in mind the existing Chiron pushes out absurd outputs of 1,500hp and 1,600Nm, rocketing the car from standstill to 100kph in 2.5seconds, 200kph in 6.5seconds and 300kph in 13.6 seconds. In short, it tears up the hypercar rulebook and tosses the remains out of the window. 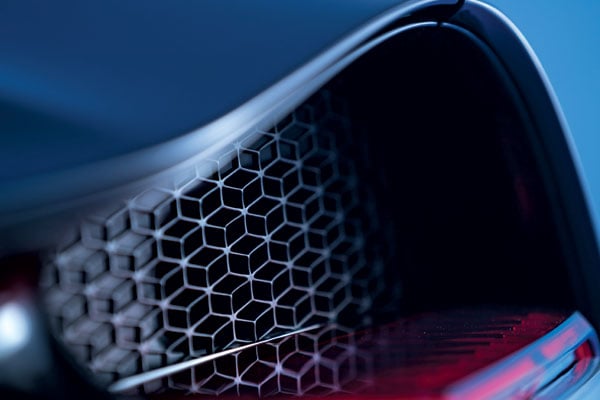 Given these mind-boggling stats, creating a go-faster version may have seemed almost inconceivable. Yet, the Bugatti experts have accomplished it, as reflected by the manufacturer’s claim that the Chiron Sport is a massive five seconds a lap quicker around the Nardò handling track. The Sport’s extra pace isn’t about adding even more power – the mighty quad-turbo 16-cylinder engine remains unchanged. The Chiron Sport’s enhanced performance is more the result of subtle tweaking than a wholesale revamping.

The Sport’s upgrades include a firmer suspension set-up and revised damping strategy, although this is only unleashed in the car’s ‘handling’ mode.

The Chiron Sport also slingshots out of corners with greater urgency (not that the standard car was lacking in this department), thanks to a rear differential that’s been optimised with a new dynamic torque vectoring function. In addition, steering response has been sharpened to make the Chiron Sport even quicker to change direction.

Bugatti’s engineers also put the car on a diet, equipping the Chiron Sport with a lightweight set of multi-spoke rims, carbon fibre windscreen wipers (a production car first) and a lightened window over the engine compartment. These measures reduce its girth by 18kg, which might not seem like much when the donor car weighs a smidgeon under two tonnes, but every gram saved helps. What doesn’t change is the opulence of the cabin, which is trimmed in a sumptuous mix of Alcantara, leather and carbon. In the case of the Sport, the drive mode rotary knob and engine start button are finished in black anodised aluminium. Optionally, all trim parts can be finished in black. 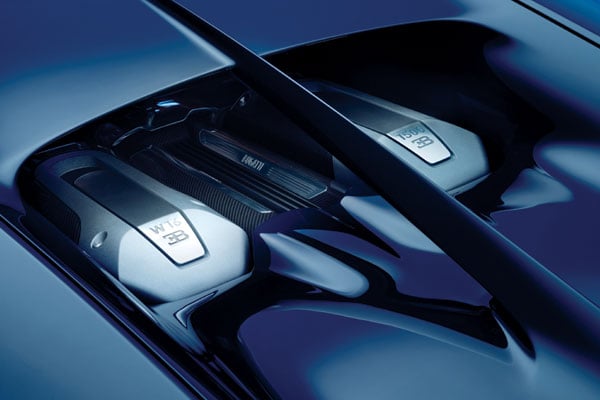 Externally, it takes a well-trained eye to distinguish the Chiron Sport from its standard sibling, but the most obvious clues are the bespoke wheels and the menacing four-exhaust cluster mounted centrally (in lieu of the twin outlets of the latter).

Driving the Chiron Sport is a surreal experience, and the grey matter can barely comprehend the prodigious rate at which the Bugatti eats up distance. I had already driven the standard Chiron a couple of years ago at its international launch in Portugal, but I find I again have to recalibrate my brain, fingertips and right foot to cope with the sensory overload delivered by 16 cylinders of quad-turbocharged fury.

‘Conventional’ supercars served up by the likes of Ferrari, Lamborghini and McLaren are ultra-rapid by any normal measure, but the Chiron Sport raises the ante to an altogether more stratospheric level. Where the rate of acceleration begins to tail off once you cross 200kph in other hypercars, the Bugatti is only just getting into its stride.

We clocked 313kph during a brief road test in Dubai, and one of the deterrents to going any faster was the fact I had signed a form just half an hour earlier declaring I would buy the Chiron Sport (or its wreckage) should things go pear-shaped. But this is never really a concern in the Molsheim-built rocketship as, even with its towering power and torque outputs, it feels as though it’s riveted to the road. It imparts such a great sense of confidence behind the wheel that you’d have no hesitation in letting your grandmother drive it.

The Chiron Sport is utterly civilised, so a little trip down to the shops needn’t be any more dramatic than the same journey in a VW Golf. However, open the taps of that titanic powerplant lurking just aft of the cabin and hell is unleashed. You’re more than likely to utter a string of expletives the first time you even half-flatten the accelerator. It’s utterly bonkers when you let it off the leash. 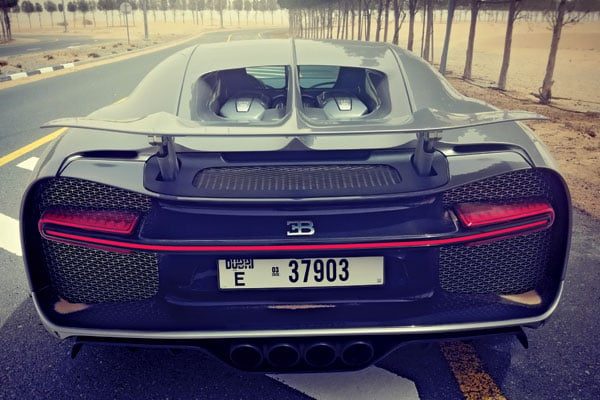 Given the ultra-lofty limits of the basic Chiron, you’d need to get the Sport on a racetrack to glean the full benefits of its uprated suspension, sharpened steering and new torque-vectoring function. But what I was able to glean during my time behind the wheel is a greater sense of tactility than the standard car. You feel intimately connected to the Chiron Sport, and the car seems lighter on its feet than its sibling.

An outlay of Dhs11m (plus taxes) for a single car might seem preposterous, but it’s only after driving the Chiron Sport and taking in the hundreds of immaculately sculpted details that you begin to understand why it costs as much as it does. A modern masterpiece.