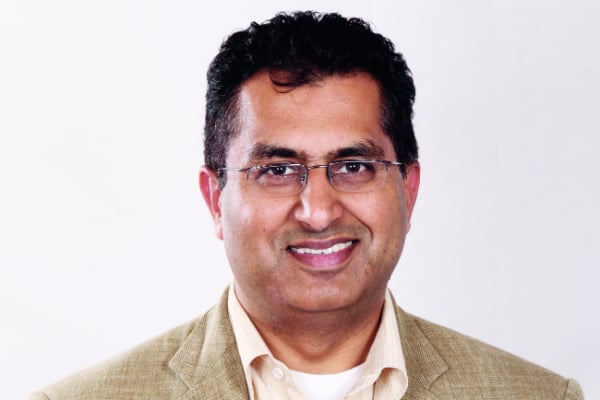 Novels and movies are fascinating, as they are driven by imagination and not constrained by shackles of practicality. There’s no better example than Christopher Nolan’s mind-bending epic picture Inception, in which Leonardo DiCaprio’s character, Cobb, states: “An idea from the human mind can transform the world and rewrite all the rules”.

Although some of these ideas may fail, there are some that do come to fruition. Although we are getting to see Google and Tesla build a truly autonomous car now, its first ever mention in a novel was in David H. Keller’s The Living Machine way back in 1935. And it made its debut in motion pictures in 1966’s Batman TV series with the iconic Batmobile.

All this reiterates the belief that imagination is the fundamental source of human development. Only when humans imagine it can they live, work and play better.

However, bringing this imagination into mainstream reality is a different task altogether and I would like to believe that telcos of future would be at the forefront of it.

But how could telcos transform the way humans live, work and play? Let us look at an example.

Harry is a tech-savvy individual from the next decade who regularly uses modern innovations to communicate, share, care (comfort), and travel in a way that is much different than what we do today.

Share: His friends talk about their trip to the majestic Himalayas and share not just the sights and sounds but also the aromas, touch and taste of all the exquisite things they experienced there. Aromyx and Vapor Communications have been able to digitise senses – smell, touch, and taste – to recreate it elsewhere using sensors and connected devices.

Care (Comfort): Harry then gets a warning message stating that his father’s heartbeat and blood pressure has risen suddenly, using an app which gets inputs from sensors that track critical health parameters. Telstra Health’s remote patient monitoring provides several such services. He makes a hologram call to check on his father, only to realise that he was watching a horror movie. He patches in a doctor to the call and then discusses this incident in real-time. The doctor advises Harry’s father to avoid activities that increase his anxiety, hence providing true-blue proactive care.

Travel: After this, Harry gets ready to leave for work while simultaneously ordering his autonomous car out of the garage. Once inside the car, Harry starts working while taking a sip of his hot coffee. The car uses vehicle-to-anything (V2X) communication to connect with the other infrastructure (other vehicles, traffic lights, etc.) on the road and identifies the best route to work. AT&T, in collaboration with Ford Motors and Delphi Automotive, has developed V2X capability for autonomous cars.

Quality: At the same time, data generated from these devices is stored and analysed to get better insights into operations. The analytical engine provides not only predictive insights but also prescriptive insights to ensure zero downtime and maintain high quality in operations. Telefonica, through one of its partners Mnubo, provides smart IoT analytics to its clients.

Control: While working in the plant, Harry receives a message that one of the critical machines of another plant has suddenly malfunctioned and hence it has resulted in a shutdown of the plant. The person working in that plant was unable to solve the problem and hence he reached out to Harry, who then used real-time video streaming for monitoring and operating a remote controlled robot for remotely solving the problem. Ericsson, with Kings College of London, have used 5G, video and connected devices to carry out remote surgery.

Training: Harry completes his work and sets out to train for the upcoming inter-state cricket competition. He uses a special helmet that is mounted with a camera that records the way he faces a delivery. He then analyses these videos to make corrections in his technique. Optus tied up with Cricket Australia for a 360-degree view of trick shots played by Australian cricketers.

Safety and security: This same helmet also has sensors that lessen the effect of a blow, while also tracking critical parameters of a player’s health that gives insights to the physio for deciding the player’s practice schedule. Vicis Zero1 helmet has been used in NFL to lessen the impact of blows to avoid concussions for players.

Entertainment: Once he completes his training, Harry gets back home to watch a football match live on his AR/VR headset. It allows him to be in the thick of all the action, right next to the players, and also watch the match from multiple angles, thus providing an immersive experience. BT Sport and Deutsche Telekom have invested in AR/VR technologies to provide an immersive experience to customers.

This transformation of how humans would live, work and play differently through telcos of the future will be enabled by three megatrends that will impact human life. These are the explosion of connected devices, 5G, and video on all devices.

Here’s what telcos must do to successfully embrace these megatrends.

1 Telcos need to make the best use of advances in software technologies like automation, cloud, micro services, AI/ML, open source and so on, to become intelligent, flexible, agile, and scalable. This will allow them to become highly responsive to rapidly changing environments.

2 Telcos need to adopt networks of the future. These will be the nervous system for our hyper-connected world, built-upon virtualised and software-defined architecture that supports hyper-automation.

3 At the same time, telcos need to become a platform for creating value across the IoT ecosystem by enabling smart interactions between people, processes, and things.

4 Lastly, and most importantly, telcos will have to deliver an integrated and consistent customer experience across journeys that span digital and physical realms.

These four big bets – software transformation, networks of the future, Internet of Things, and integrated digital customer experience – will empower telcos of the future to bridge the gap between imagination and reality.

Manish Vyas is president of communications business at Tech Mahindra