Tee time: How has golf secured a spot in the UAE's sport scene? 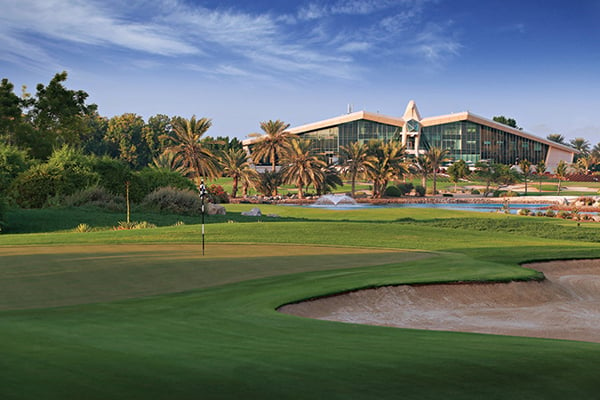 Since the opening of ‘Majlis’ in 1988, the region’s first all-grass championship course, golf has seen consistent and promising growth in the country.

Following the year of its opening, the first edition of the Omega Desert Classic took place at the course and helped position Dubai as a leisure, business, and tourism destination.

Inspired by the success of Majlis, Dubai Creek Golf and Yacht Club emerged in 1993, and had the opportunity of hosting the European Tour Desert Classic for two consecutive years – in 1999 and 2000.

The growing popularity of the game paired with the success of the desert classic, encouraged further investment into the sport across the country.

After the year 2000, courses were designed and opened by the likes of Ernie Els, Gary Player, Colin Montgomerie, and Greg Norman. Thomas Bjorn, who won 15 European tour titles, even redesigned the Dubai Creek Yacht and Golf club in 2005.

Dubai wasn’t the only city to reap the benefits of the club-and-ball sport as Abu Dhabi opened its first all-grass championship course a few years after the Dubai Creek Golf and Yacht Club.

Known as The National, the capital’s course garnered international attention when it hosted the first Abu Dhabi Golf Championship as part of the European Tour in 2006.

The course has since been acknowledged as a player favourite on the European Tour, and saw Lee Westwood with the top finish earlier this year.

Dubai became a catalyst for golf’s international growth and was the first location outside Europe, apart from Tunisia, to host the European Tour.

The tour has now held events across 50 countries, with Cyprus being the latest addition to the list.

Earlier this month, the European Tour announced a new tournament in Dubai that will be played the same week as the South African Open.

This development has led to a Dubai double-header as the new tournament precedes the final event of the Rolex series, the DP World Tour Championship, which will be played at Jumeirah Golf Estates’ Earth course in Dubai from December 10-13 next month.