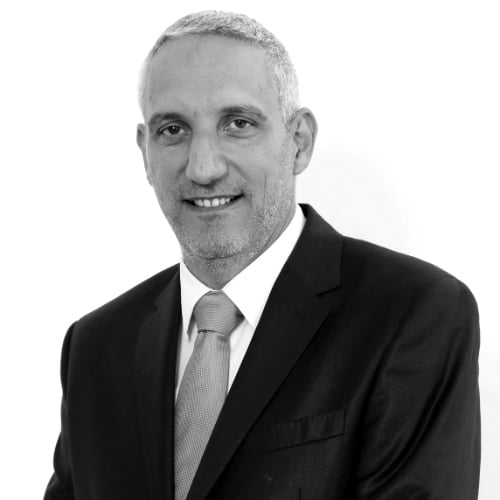 Today we’re in an era where youth across the region have not only one smartphone, but a wide range of mobile devices – including smartphones, laptops, tablets, and increasingly wearable devices like smart watches, smart glasses, and even smart clothing.

When the first smartphones were launched in the mid-to-late 2000s, they were promoted to manage email, maps, and store music. But since then, mobile devices and mobile apps have evolved significantly – tracking our personal health and fitness, providing a new range of government services, and serving as the “third screen” for consuming multimedia and messaging people.

Mobile device take-up in the region is being driven by two key factors: strong broadband network infrastructure, and the rapidly-emerging Internet of Everything era.

GCC countries have some of the world’s highest mobile broadband penetration rates, with the UAE leading the Middle East and Africa at 89 per cent, ranking No. 11 globally according to ITU’s State of Broadband 2014. Similarly, Qatar ranks No. 17 at 77 per cent, and Oman No. 21 at 67 per cent.

The Internet of Everything – the interconnections of people, places, processes, and data – is a key driver in the GCC and Middle East. Mobile broadband and wi-fi networks support sensors in everyday objects to generate terabytes of data that can then be dissected by mobile apps.

The Middle East and Africa is seeing the world’s fastest uptake of Internet Protocol version 6 (IPv6) – capable smartphones and tablet devices, which are set to rise from 133 million in 2013 to almost 598 million in 2018, a compound annual growth rate of 35 per cent.

Smart wearable devices like watches, glasses and fitness trackers are slated to post strong growth in the Middle East and Africa, from “just” 700,000 in 2013 to eight million in 2018, according to the Cisco Visual Networking Index Global Mobile Data Traffic Forecast for 2013-2018.

As a result, the Middle East and Africa is set to witness the world’s fastest mobile data traffic growth rate from 2013 to 2018, increasing 14-fold. To put that into context, the Middle East and Africa’s mobile data traffic is set to grow twice as fast as fixed IP traffic in the region, reaching 1.49 exabytes per month by 2018 – the equivalent of 372 million DVDs.

This dramatic growth in traffic brings its own challenges. Middle East service providers must deploy innovative technology solutions to manage these dramatic surges in traffic, such as by deploying 4G LTE mobile broadband networks and enhancing connection speeds.

Just imagine the possibilities of the next generation of wearable or even embedded devices – connected toothbrushes or braces that can monitor cavities, connected contact lenses that can check glucose levels for diabetics, and nano-sensors in the blood that can detect genetic defects.