Tech roundup: 3 devices that stand out from the crowd | UAE News 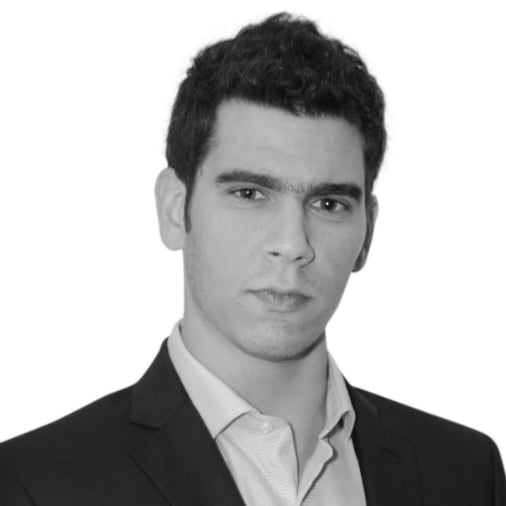 With the tech market’s competitive landscape heating up every passing week, vendors are continuously striving to stand out in their respective fields and make their mark with a truly unique offering.

Far too many devices look and perform in exactly the same manner, and there is a growing realisation among the major market players that simply following the crowd is no longer enough.

Here’s a look at a few devices that have steered clear of the norm and blazed a trail for others to follow.

2014 was supposed to be the year of the smartwatch. In some ways it was, but in others it fell short of expectation. Google created a version of its Android operating system specifically for wearables while Apple also showcased its new smartwatch to the world ahead of a much-anticipated release later this year. For most part, the devices launched so far all look alike, although there are a few notable exceptions; chief among them are the Moto 360 and a more radical departure, the Samsung Galaxy Gear S.

The Samsung Gear S is a massive device, sporting a 2-inch curved Super AMOLED display with replaceable straps. There is no doubt that this device will truly be noticed on your wrist. But what really makes it stand out?

The Galaxy Gear S is able to run on both Wifi and its own data package, as it is SIM-enabled. This allows the user to operate the device without being tethered directly to a Samsung handset, enabling the user to make calls and even send emails or messages via the on-screen keyboard. This beast of a device utilises Samsung’s own Tizen operating system, and users will be able to access and download apps directly from the vendor’s own app store, which continues to grow steadily.

The selfie trend remains in full swing, with aficionados showing no signs of reining in their photography. Smartphone makers are well aware of this. Last year we saw manufacturers develop smartphones with higher megapixel front-facing cameras specifically to cater to this trend. However, one vendor and one device stood out from the crowd – HTC and its Desire Eye.

HTC has been making slow but steady gains in the GCC for some time now with its One M8 flagship device proving particularly popular in the region. Indeed, IDC data shows that the vendor’s GCC shipments increased more than 16 per cent between the second and third quarters of 2014.

With the Desire Eye, HTC is upping the ante in terms of smartphone photography. Not only does the device pack 13MP front and rear cameras, it also sports dual-LED flashes on both sides as well. Unlike the HTC One M8, the Desire Eye is encased in plastic rather than metal, featuring a two-tone unibody design that is also waterproof. And for the selfie lovers out there, the phone is packed full of software features that make sure you get the most out of your photos after you have taken them.

If you were asked to describe a typical smartphone, what would you say? No doubt there would be mention of a screen, a rear camera, a front camera, an oblong shape and the addition of some buttons here and there, all of this neatly packaged around an Android or iOS operating system. When it comes to smartphone designs, we have seen it all before. Or have we?

Russian vendor Yoto would certainly have a thing or two to say about that, with their YotaPhone 2 truly revolutionising the traditional smartphone layout. While the front of the device resembles any other 5-inch Android device, the real standout feature is hiding away on the other side.

When flipped over, you will notice that the YotaPhone 2 sports a second screen on its rear. And this screen isn’t your typical LED smartphone display; it’s a 4.7 inch, always-on, touch-enabled E Ink display like those traditionally found on standalone e-readers. The main advantage of the E Ink display is its low power consumption – ideal for running certain tasks and viewing notifications without turning the primary screen on.

As the name implies, this is the second iteration of this device, with the latest version solving some of the teething issues that prevented its predecessor from living up to its potential. The rear E Ink screen is now fully integrated with the Android operating system, meaning it is no longer just a fancy – but largely useless – concept stuck on the back of the phone. The secondary screen is now compatible with all Android apps, making this second iteration better in every way, from design to power to functionality.

Creating a unique device, no matter how outlandish, is no guarantee of success. However, the buzz and excitement generated by such releases can be priceless. Consumers are looking for something different, something new. And one of these ideas, as different and out of place as they may seem now, might just be the change that they are looking for or that they need.