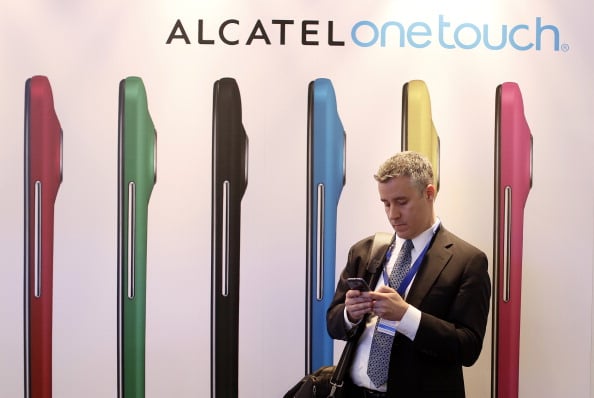 “In some countries we saw some drops in the GCC, but what I see overall is in the last two quarters it is going again in the right direction,” he said.

Overall GCC mobile shipments were up 2.4 per cent to 6.1 million in the first quarter compared to Q4 2016. However, they were down 20.2 per cent year-on-year, following a 23 per cent decline seen in 2016 as a whole, according to research firm IDC.

Alcatel was among the vendors highlighted as seeing strong year-on-year growth in volumes in the below $200 bracket during the quarter.

Odenbach suggested smartphones had reached “commodity” status in the region and the recent economic slump in many countries linked to the low oil price had made consumers more reluctant to pay for top end devices.

“It doesn’t mean there is no demand anymore but people are more cautious about what to do with their disposable income,” he said.

As a result, the firm is hoping to see success by catering for a wide variety of price points with the Alcatel brand, ranging between Dhs35 and Dhs1,500.

“You can imagine in the Middle East and Africa there are still a lot of people looking for their first smartphone and they probably have only Dhs300 and Dhs400, and there we also have offerings.”

TCL has also seen surprising uptake of its new Blackberry line, after signing a licensing agreement with the company in December.

Costing Dhs1,999, the KEYone – which combines a smartphone touchscreen with a traditional Blackberry keyboard – completely sold out in the UAE on the day of its launch on May 21, Odenbach said.

Alcatel is hoping to repeat this success with it’s A5 LED, which features an LED cover that lights up in different colours for music, messages, calls and social media alerts.

“Especially here in the market, price competition is very high, there are really hundreds of manufacturers. For us it’s not the thing to go about specs and features for a crazy price tag we are targeting the immediates,” he said in reference to the younger Generation Z demographic.

This approach will be tested in the coming months with high profile launches from Apple and Samsung.

Senior research manager at IDC, Nabila Popal, predicted it would be a “challenging year for all brands” as retailers struggle to keep up with growing costs, consolidation and shrinking credit lines.