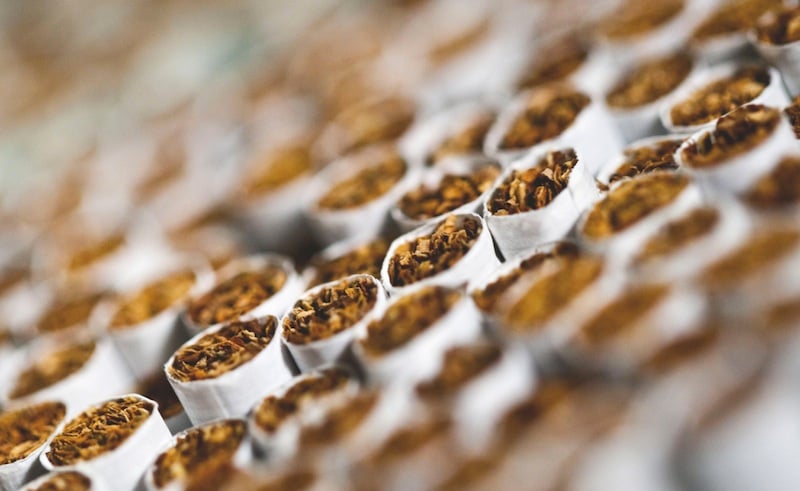 GCC countries should ensure that excise taxes on tobacco are developed and implemented in a “simple, fair and effective” way to avoid illicit trading in the industry, according to a global tobacco company.

Saudi Arabia implemented a 100 per cent excise tax on tobacco products and energy drinks and a 50 per cent tax on carbonated drinks in June, with other GCC states including the UAE expected to follow suit in the near future.

The move, which comes ahead of the implementation of value added tax (VAT) across the GCC next year, is aimed at both increasing government revenues and improving the health of the populace.

According to the World Health Organisation (WHO), the imposition of such taxes can play a major role in both of these areas.

Annual excise revenues from cigarettes globally could increase by 47 per cent, or $140bn, if all countries raised excise taxes by about $0.80 per pack, a recent WHO report stated.

Additionally, this tax increase would raise cigarette retail prices on average by 42 per cent, leading to a 9 per cent decline in smoking rates and up to 66 million fewer adult smokers.

“Raising tobacco taxes is the most effective and cost-effective strategy for reducing tobacco use,” the WHO stated.

The GCC, which is struggling with both lowered government revenues due to the drop in oil prices and high smoking prevalence rates, is expected to see a positive impact from the new tax, according to experts.

However, governments should “carefully consider the potential unintended consequences such as illicit trading — resulting from an excessive tax — that could impact the legal tobacco market,” says Lana Gamal El Din, director of corporate affairs for the Middle East at global tobacco firm Philip Morris International (PMI).

“Illicit trading provides a lucrative incentive for criminal organisations to counterfeit and to smuggle excisable goods which can have detrimental effects on a government’s revenue and health objectives,” she says.

Estimates of the extent of the global illicit trade in tobacco products vary widely, but most generally, it is estimated that it leads to a loss of up to $40bn in annual tax revenue globally.

According to El Din, tobacco taxation is a complex process that should consider several economic factors when deciding on the structure and tax level.

“When taken to an extreme, a heavily taxed and regulated market makes the unregulated and untaxed black market attractive and lucrative for illicit trading,” she says.

“Tax increases on cigarettes that go well-beyond inflation give smokers the incentive to seek cheap products. Criminals take advantage of such situations, offering illegal tobacco at a discounted price, leading to illicit trade and smuggling of cigarettes into the country.

“In such a situation everybody loses — the government loses revenues, manufacturers their income and consumers end up buying cheap smuggled tobacco products of unknown origin and quality.”

A report last year by Pepperdine University found that a one euro increase in tax per pack in a European country could hike the illicit market share by 5 to 12 percentage points and raise illicit cigarette sales by 25 per cent to 120 per cent of average consumption.

To prevent illegal tobacco trade, the tax system should be developed and implemented in a “simple, fair and effective” way, imposing the “minimum administrative burden for both the government and the private sector”, argues El Din.

The WHO also advises that tax rates should be monitored, increased or adjusted on a regular basis — potentially annually — taking into account inflation and income growth developments.

“Experience from many countries shows illicit trade can be successfully addressed, even when tobacco taxes and prices are raised, resulting in increased tax revenues and reduced tobacco use,” the WHO says in its report.

For tobacco taxes to truly have an impact on the health of the population, governments should also undertake other demand reduction policies and programmes for tobacco products in tandem, the WHO has urged.

While such initiatives can also be undertaken using revenues from the tobacco tax, governments are yet to implement them.

In 2013-2014, global tobacco excise taxes generated nearly $269bn in government revenues. Of this, less than $1bn was invested in tobacco control, the organisation found.

Regionally, with the GCC only just beginning to impose the tax, it will be a wait and watch approach to see its benefits and impact.