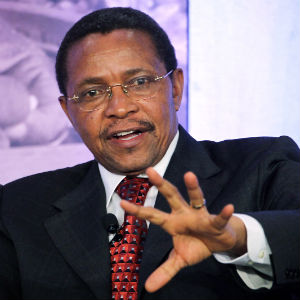 Tanzania’s president has invited investors from the UAE to join the rush for oil and gas in the east African nation, after recent gas discoveries along its coastline, the president’s office said on Saturday.

Together with oil finds in neighbouring Kenya and Uganda, significant gas finds in southern Tanzania have raised the profile of the region in the global energy industry.

“We invite investors to come work with us in oil and gas exploration … and even in investing in industries that will add more value by producing gas-related products,” a statement from President Jakaya Kikwete’s office quoted him telling a delegation from the UAE.

The delegation, which met the president on Friday, was led by the country’s assistant foreign minister for economic affairs Khaled Ghanem Al-Ghaith, the statement said.

Tanzania has licensed at least 18 international companies to carry out exploration of offshore and onshore energy reserves.

British gas producer BG Group and explorer Ophir Energy said in May they had found gas off the coast. Norwegian oil and gas firm Statoil also announced in February it had found natural gas offshore.

The government signed a $1 billion loan agreement with China in September to build a 532-km (320-mile) gas pipeline from the south of the country to its commercial capital Dar es Salaam.

The World Bank expects gas revenues to generate $2-$3 billion a year for the aid-dependent nation over the coming years.