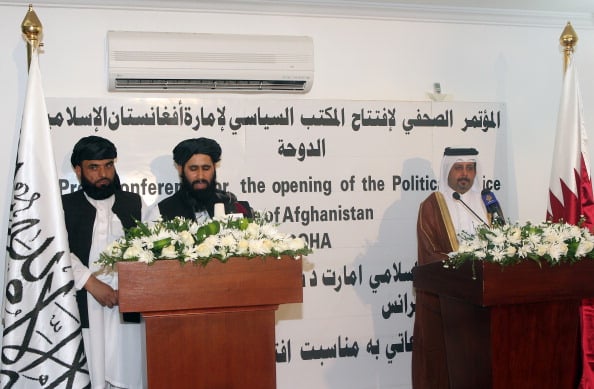 The Taliban’s spokesman in Qatar said representatives of the Afghan insurgency would meet U.S. officials for preliminary peace talks on Thursday but no time had been set.

The spokesman, Mohammed Naeem, told Reuters by telephone that no Afghan government officials would be at the meeting. A team of U.S. negotiators arrived in Qatar earlier on Wednesday and held a meeting with Afghan diplomats in the Qatari capital.

U.S. officials had already said talks with the Taliban would begin in Doha on Thursday, raising hopes for a negotiated peace in Afghanistan after 12 years of bloody and costly war between American-led forces and the insurgents.

A senior Afghan official told Reuters the government was unhappy over the official status being given to the Taliban, who opened an office in Doha on Tuesday. Afghan diplomats have said they object to the official-sounding name given to the mission, the “Political Office of the Islamic Emirate of Afghanistan”.

Naeem told Reuters the name of the Taliban mission was a matter between the Taliban and the Qatari government and had nothing to do with the Afghan government.