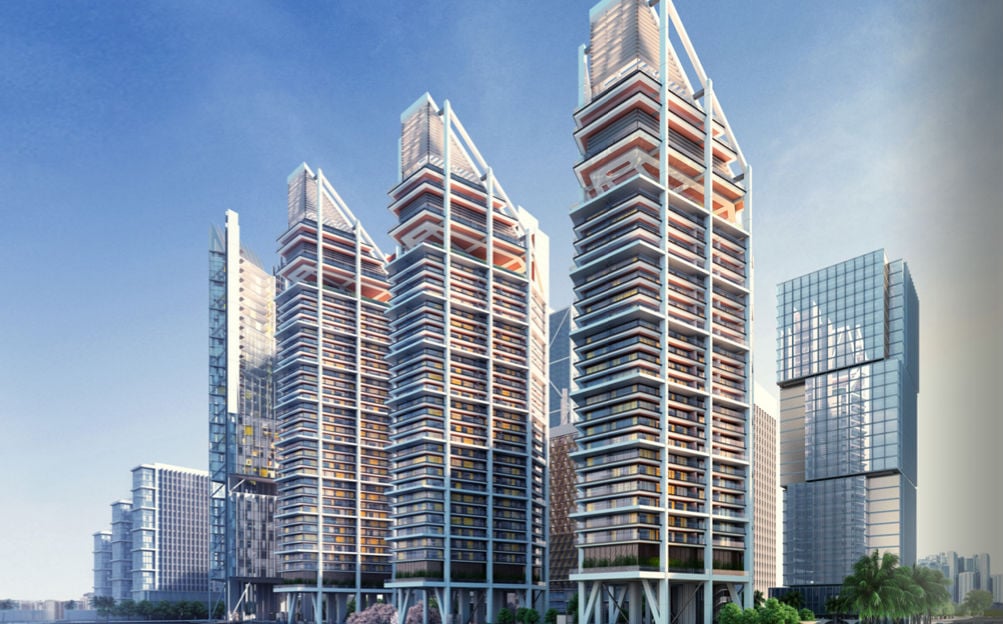 The resumption of the project at Al Maryah island comes as Abu Dhabi invests billions of dollars in tourism, real estate and industry to diversify its economy away from an oil industry hit by a protracted drop in crude prices.

However, prices in Abu Dhabi’s property sector have since fluctuated significantly, first jumping steeply before retreating as the fall in oil prices hit government spending and forced thousands of layoffs at the emirate’s state-owned businesses and oil companies.

“The delay was because of global volatility. As developers, we had to see market sentiment,” Jack Hu, managing director of Farglory Middle East, told reporters.

“We looked at the market carefully and have now repositioned the product mix.”

The project will now comprise four towers with a mix of residential and commercial space. The first project will be a 29-storey residential complex. United Arab Emirates-based Al Fara’a Group is the main contractor for the project.

About 10 percent of the 220 apartments have been sold, with nearly half the buyers coming from Gulf countries, Hu said.

The remaining phases are scheduled for completion in 2022, depending on market conditions.

“We are taking a long-term view of Al Maryah island, it is the future of Abu Dhabi, the economic generator as Abu Dhabi diversifies into a non-oil economy,” Hu said.