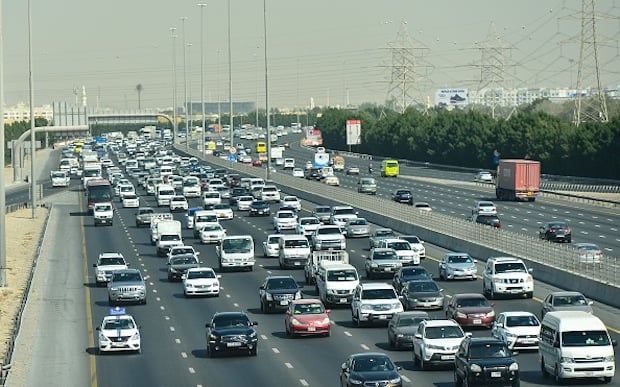 Eight people were killed and three seriously injured in 73 tailgating traffic accidents in Abu Dhabi during the first four months of the year, according to official data.

“Tailgating was one of the main causes of traffic accidents between January and April,” the report quoted Ahmed Al Zeyoudi, director of Main Roads at the Directorate of Traffic and Patrols of Abu Dhabi Police, as saying.

“Failing to maintain a sufficient distance between vehicles increases the risk of rear-end collisions as motorists do not have sufficient time or distance to stop, should the vehicle travelling ahead opt for a sudden and unexpected halt,” he said.

He also warned motorists against closely following and “harassing” other drivers on the road, by honking frequently and flashing headlights.

“Such harassment distracts the attention of other motorists and increases the risk of serious accidents,” he said.

He urged motorists, especially young drivers, to be vigilant and maintain a safe distance between vehicles.

Under new traffic rules set to be implemented in the UAE from July 1, tailgating will result in a fine of Dhs400 and four black points.

The new regulation will see heavy fines along with black points imposed on traffic offenders.

Those jumping a red light will be face a Dhs1,000 fine along with 12 black points and have their vehicle confiscated for 30 days.

Speeding over the limit will draw fines ranging from Dhs300 to up to Dhs3,000 depending on the limit crossed.