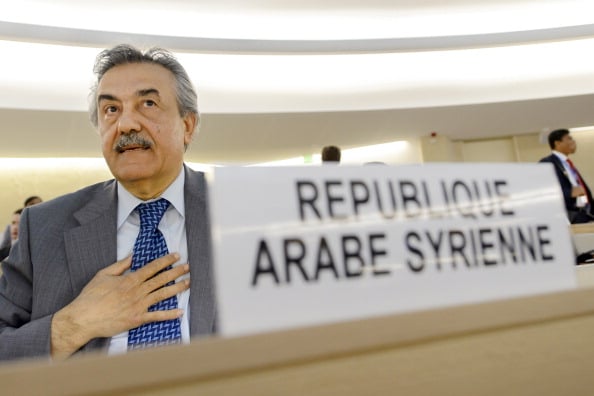 Syria said on Saturday it was willing to participate in “preliminary consultations” in Moscow aimed at restarting talks next year to end its civil war but the Western-backed opposition dismissed the initiative.

Two rounds of peace talks this year in Geneva failed to halt the conflict which has killed 200,000 people during more than three years of violence and there was little sign of the latest move gaining traction.

Syrian state television quoted a source at the foreign ministry saying: “Syria is ready to participate in preliminary consultations in Moscow in order to meet the aspirations of Syrians to find a way out of crisis.”

But there are many obstacles to peace. The most powerful insurgent group, the hardline Islamic State, controls a third of Syria but has not been part of any initiative to end the fighting.

Other rebel factions are not unified.

The opposition is also suspicious of Russian-led plans as Moscow has long backed President Bashar al-Assad with weapons.

Hadi al-Bahra, head of the Turkey-based opposition National Coalition, met with Arab League Chief Nabil Elaraby in Cairo on Saturday and told a news conference “there is no initiative as rumoured”.

“Russia does not have a clear initiative, and what is called for by Russia is just a meeting and dialogue in Moscow, with no specific paper or initiative,” he was quoted by Egyptian state news agency MENA as saying.

The opposition said after the failed “Geneva 2” talks in February that Damascus was not serious about peace.

Syrian state news agency SANA said on Saturday the Moscow talks should emphasise a continued fight against “terrorism”, a term it uses for the armed opposition.

Members of Assad’s government say the opposition in exile is not representative of Syrians and instead says a small group of opposition figures who live in Damascus, and are less vocal against the president, should represent the opposition.

Russian Foreign Minister Sergei Lavrov said this month that he wanted Syrian opposition groups to agree among themselves on a common approach before setting up direct talks with the Damascus government.

But Lavrov did not specify which opposition groups should take part.