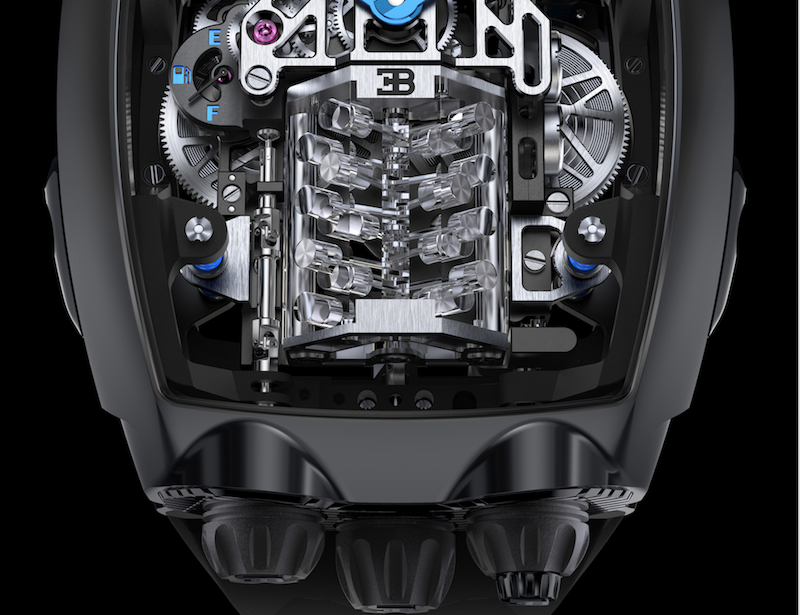 2.3 seconds. In roughly the time it takes you to finish reading this sentence, a Bugatti Chiron can warp from 0-60mph.

The Chiron is an engineering miracle. Its 8-litre 16-cylinder engine generates an enormous 1,500hp of power and 1,600Nm of torque. All in, the hypercar can reach a top speed of 261mph.

Miniaturising a full-fledged hypercar for your wrist requires a wildly ambitious imagination and technical daredevilry – something that Swiss watchmaker Jacob & Co. has in spades.

In 2019, the French carmaker and the Swiss watchmaker signed a multi-year agreement to collaborate on a series of timepieces. The Twin Turbo Furious and Epic x Chrono marked the first two timepieces of that partnership. 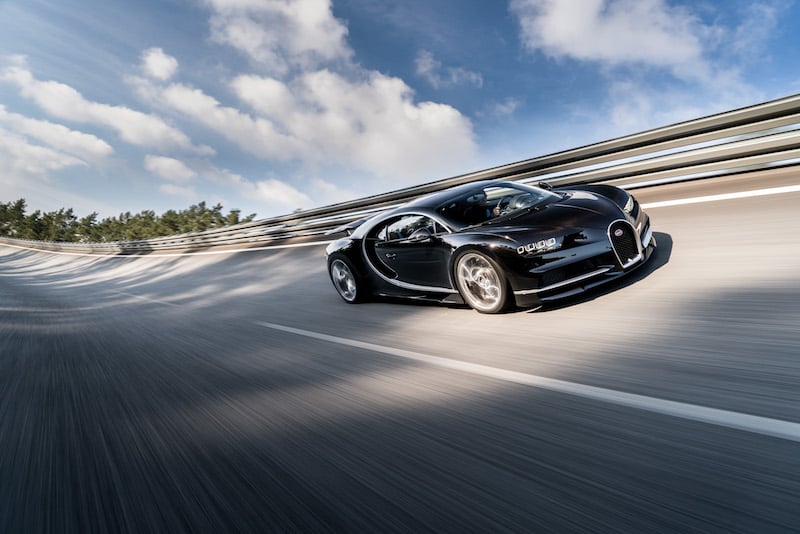 In a dramatic visual feat, Jacob & Co. have attempted to replicate the Bugatti engine block onto this timepiece replete with crankshafts, pistons and turbochargers, encased by a piece of sapphire.

By pushing the crown, the crankshafts turn, the pistons begin to pump and the turbochargers spin. 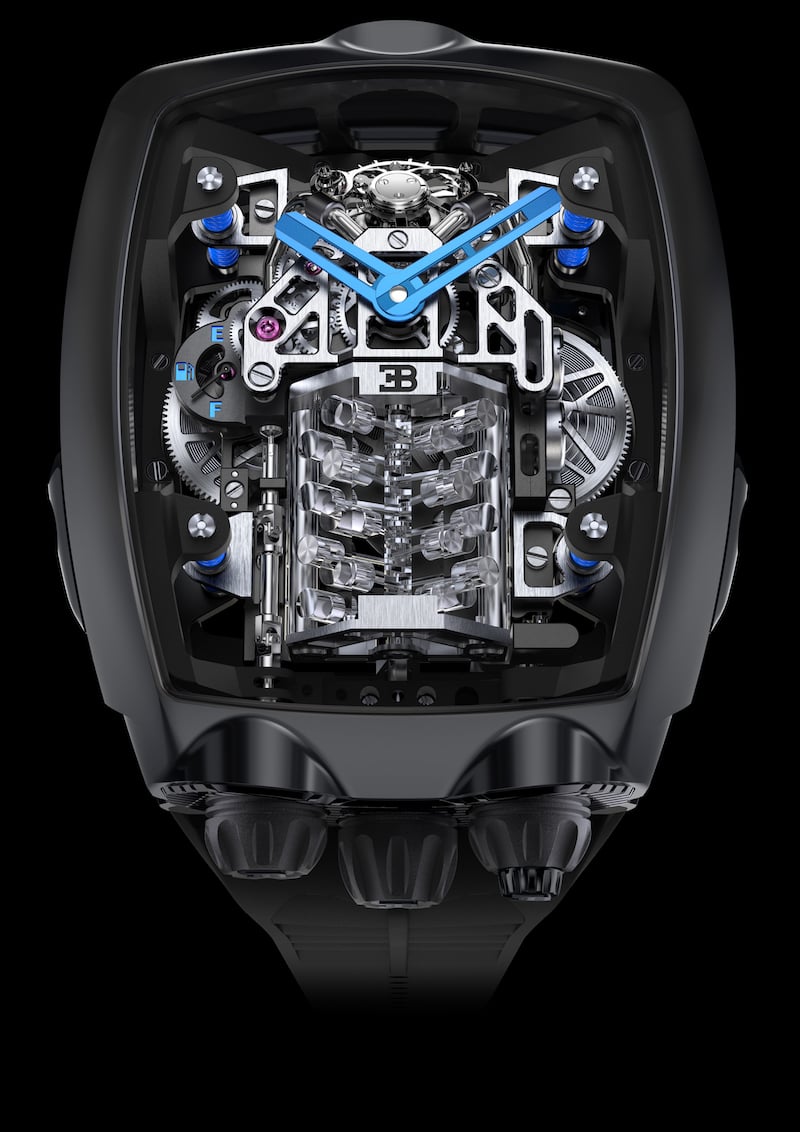 The manual-winding flying-tourbillon JCAM37 movement operates at 21,000vph and comprises of 578 components. Expectedly, it took nearly a year to develop this ingenious movement.

It is suspended within the case by what is intended to resemble the shock absorbers in the Chiron.

The flying tourbillon is further inclined at 30 degrees to allows you to peer through the other components including the escapement.

The watchmaker says that the crankshaft driving the movement, made out of a single steel piece, was one of the smallest watch parts it has ever manufactured.

The entire movement, including the working model of the ‘W16 engine’ is housed within the large 54x44mm black titanium curved case. 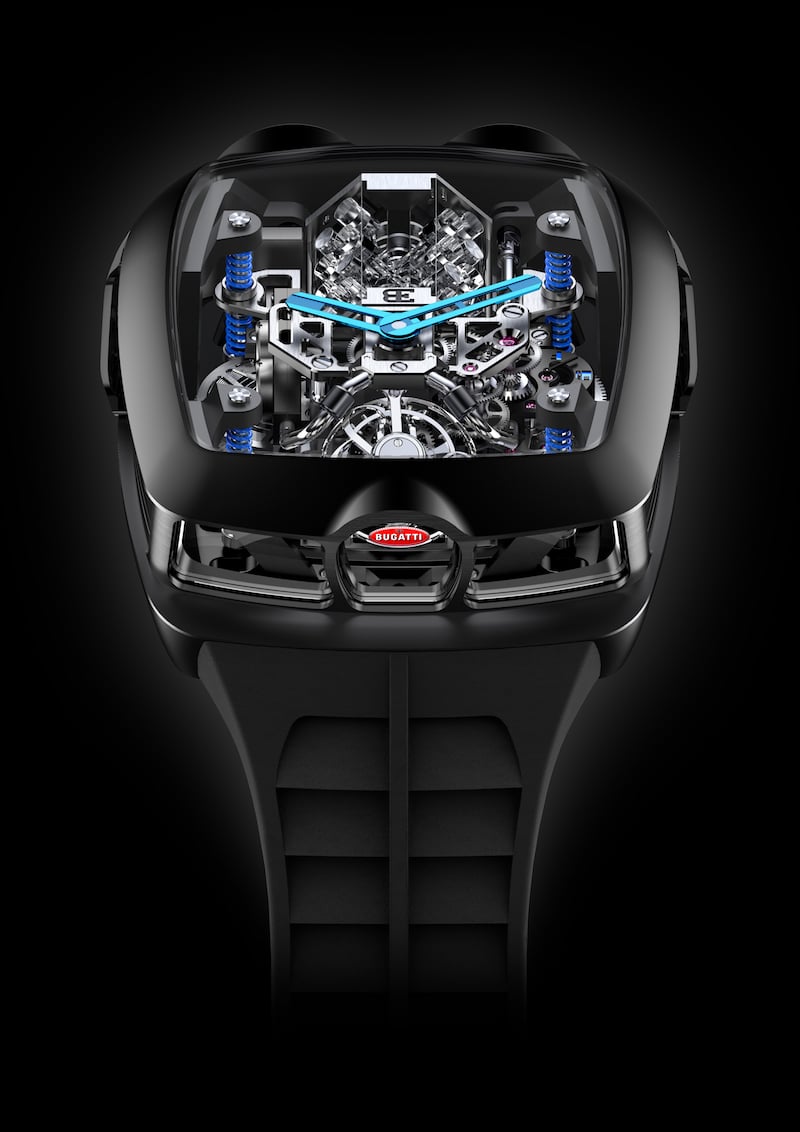 The shape of the case is not all that dissimilar to the grille found on the Chiron.

Interestingly, you’ll notice three crowns, all of which are also made from titanium, on this timepiece.

The left crown is used to set the time, the middle one winds the movement – which has a 60-hour power reserve – as well as the “engine block”, while the right crown activates the “engine”.

The timepiece is priced at $280,000. But, remember that a Chiron costs in the region of $3m, which means that a Chiron owner won’t blink when considering an “accessory” for his/her wrist that costs 10 per cent of the car.

The timepiece is not a limited edition, but you can only imagine with the craftsmanship and man-hours it takes to assemble this timepiece, there will be only a very few of them created.

Did we also mention that it can tell the time?

CEO of Breitling on growth prospects of the Swiss watch brand