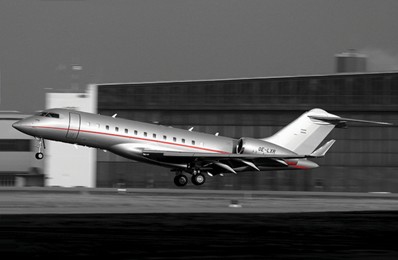 Speaking in Dubai as part of the Middle East Business Aviation conference, Thomas Flohr, founder and chairman of VistaJet, said the long-range aircraft (25 Global 5000, 25 Global 6000 and six Global 8000), which are due to be phased in from 2014, will be used to provide non-stop point-to-point global coverage. The operator also has options for a further 86 aircraft.

VistaJet, which has handled 10,000 international flights and carried 25,000 business leaders this year, has embarked on a world tour to promote the Global aircraft.

“If you are in Ulan Bator, and need to go to Africa and have two or three meetings, and come back in two or three days, the only way to do this is on a business jet,” said Flohr.

“We believe growth markets around the world deserve new aircraft. In the history of aviation, it seemed to be the case that countries where business aviation was in a more embryonic phase, old aircraft were deployed – we don’t understand that.”

VistaJet’s policy is to operate new aircraft under manufacturer warranty and to sell them typically a year before the warranty expires. Flohr said despite the financial crisis, its fleet doubled between 2008-10 and it recently took delivery of its 50th aircraft.

“When we launched in 2005, maybe we were lucky – the world changed forever. Up to then, business was western-centric, but that’s not the case anymore. Now Brazil deals directly with the Middle East, China with Africa, and so on, and there’s an ever increasing need to fly between those countries. That’s the mega trend we now see.”