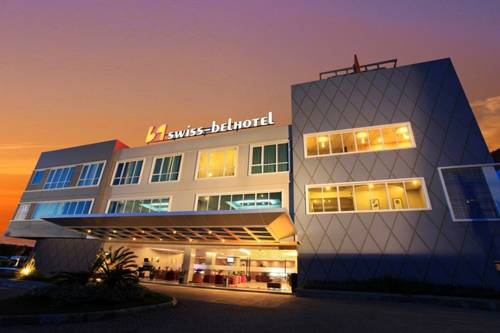 Global hospitality firm Swiss-Belhotel International Group announced that it has taken over the operations of Sharjah Rotana, expanding its regional presence.

Following the deal, Sharjah Rotana will be renamed Swiss-Belhotel International Sharjah, a statement said. The four star hotel is located close to Sharjah’s Arts and Heritage area and will have 205 rooms, four meeting rooms, a lobby café and an all-day dining restaurant.

Hotel guests can also avail of a daily shuttle bus to Dubai, the statement added.

Many hoteliers are now entering Sharjah as they hope to cash in on the northern emirate’s push into tourism while also looking to benefit from the trickle down of visitors from Dubai.

Earlier this year, Sharjah’s tourism promotion agency said that it expects to attract around 10 million tourists by 2021. In line with that, the government has announced a number of leisure projects.

In May 2015, the Sharjah Investment and Development Authority said that it is developing Al Noor Island, a Dhs 80m island project, which will consist of a Butterfly House that will house 500 species of butterflies, a Literature Pavilion, a children’s playground and an egg-shaped OVO art sculpture.

The project will also include a pontoon, a docking space for boats that will transport visitors of Al Qasba, Al Majaz Waterfront and Heart of Sharjah from one destination to another, and eight art sculptures by some of the world’s most renowned artists.

Another project in the pipeline is a leisure attraction being developed in Dibba Al Hisn, one of the emirate’s exclaves located close to Fujairah and Oman. The project will feature a water canal, restaurants and cafes, a movie theatre, children’s playgrounds and other amenities.