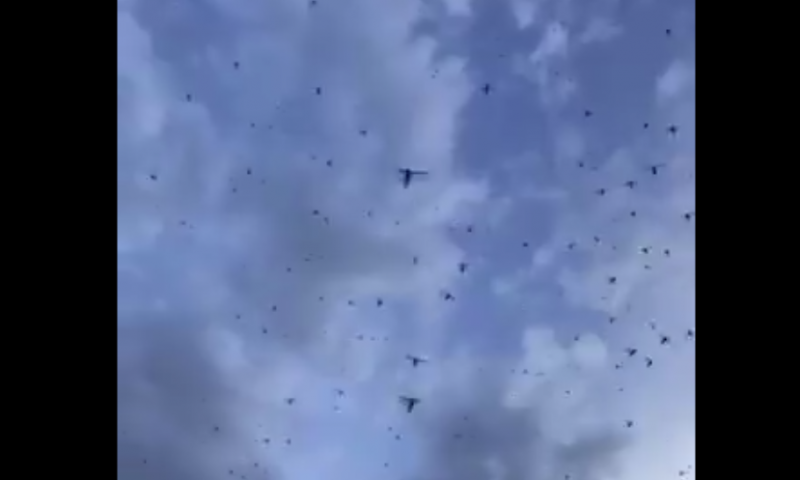 Millions of insects have teemed over multiple governorates in Oman, in what is considered as one of the sultanate’s worst locust infestations, Times of Oman reported.

Since the beginning of February, the ministry’s locust combating and plant protection department, in collaboration with local directorates, have been implementing measures to destroy the insects in a bid to protect its valuable crops. A total of 37 teams have been deployed at the South Al Sharqiyah, Al Wusta and Muscat governorates.

“Locusts were controlled and destroyed within 4,553 hectares, from November 2019 to February 8, 2020,” said Nasser Al Shamsi, director of plant protection services at the Ministry of Agriculture and Fisheries.

“The locust swarms did no damage to the crops, trees and plants in the sultanate. In February 2019, locust swarms invaded South Al Sharqiyah and Al Wusta governorates, where the locusts swarmed over Sur, Jalan Bani Bu Hassan and Jalan Bani Bu Ali in South Al Sharqiyah, while they invaded Al Jazer, Al Duqum and Muhut in Al Wusta governorate,” he added.

He added that the South Sharqiyah governorate was the most affected region while small numbers had also spread to the Dhofar region, as well as the Empty Quarter and Horn of Africa.

“There was quick movement by the teams in cooperation with Muscat Municipality. The areas where locust swarms were present in Muscat Governorate were sprayed after dark and at dawn, because it is difficult to control the spread of the locust during flight,” Shamsi added.

“The reasons for locust migration are wind movement, as well as the rains that lead to the availability of suitable moisture to attract the locusts, and the wet sandy soil and green vegetation resulting from depressions and grooves that the Sultanate has experienced recently.”

Experts deem the current locust infestation as the worst the sultanate has faced since 2014. Multiple factors such as Oman’s climate and geography help make it a good breeding ground for such insects to proliferate.

According to a senior official at Oman’s Ministry of Agriculture and Fisheries, the Dahirah governorate had experienced an even worse situation in 2014 where helicopters were pressed into service to spray pesticides and get rid of the locusts.