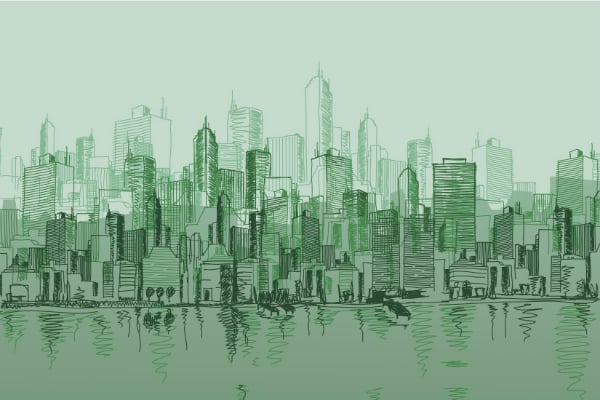 As Gulf countries pursue goals to become happier nations through smart city initiatives, investments in happiness officers and other areas, there is a growing body of evidence suggesting sustainability should be another key focus.

Among those supporting this claim are the three authors of the 2016 World Happiness Report — John Helliwell, Richard Layard and Jeffrey Sachs — who argue that countries have pursued economic growth in recent years at the expense of rising inequality, entrenched social exclusion and damage to the natural environment, impacting happiness in the process.

“When countries single-mindedly pursue individual objectives, such as economic development to the neglect of social and environmental objectives, the results can be highly adverse for human wellbeing, even dangerous for survival,” argues Sachs, director of the Earth Institute and the UN Sustainable Development Solutions.

Based on this perception, Sachs says that countries should pursue sustainable development, as outlined by the September 2015 UN Sustainable Development Goals, which aim to end poverty, protect the planet and ensure prosperity for all by 2030.

“We resolve also to create conditions for sustainable, inclusive and sustained economic growth, shared prosperity and decent work for all, taking into account different levels of national development and capacities,” the text reads.

“We find that happiness is higher in countries closer to realising the Sustainable Development Goals, as approved by the nations of the world in September 2015,” the authors summarise in their concluding remarks.

“We have only touched the surface concerning the relationship of happiness and sustainable development, but the preliminary evidence is heartening: the SDGs are likely to help us move along a path of higher well-being as expressed by the world’s people themselves,” says Sachs, suggesting further study could include the impact of air pollution and other metrics.

Another 2013 study — Are sustainable cities “happy” cities? Associations between sustainable development and human well-being in urban areas of the United States – has similar findings.

In the report the authors compared the Gallup Healthways Well-being Index — which gives US states wellbeing rankings — with four US city sustainability indices.

In doing so the study found positive associations between sustainable development and happiness on all scales and statistically significant correlations for two of the four indices.

“Results suggest that those cities striving for sustainability (i.e. those with higher scores on sustainability indices) may provide greater opportunities for happiness within their residents,” the authors note.

The study concludes that sustainable development may be a driver for residential happiness, although it stresses that the direction of the cause-effect relationship requires more attention. It is unclear whether or not it is an emphasis on sustainable urban characteristics and attributes or that happy residents are more invested in their communities and likely to engage in sustainable activities.

Nevertheless, it is evident that at least in the case of US cities happiness and sustainability is closely linked, the authors conclude. And while this is a US specific study and cannot be automatically translated to the Gulf it does give reason for a greater emphasis on sustainable development within regional cities.

The 2016 Sustainable Cities Index — compiled for construction consultancy Arcadis by the Centre for Economic and Business Research — ranked Dubai at the top of the Middle East region and 52nd in its global rankings, followed by Abu Dhabi at 58th position.

The study, which ranks cities on three sub factors — people, planet and profit — suggests more could be done to boost sustainability in the region.

Ranked in fourth position in the ‘profit’ sub-index, Dubai was given its lowest score in the ‘planet’ sub-index, “largely due to energy consumption, pollution and the lack of available green space”, the report notes, adding that it is “partially constrained by its desert climate”.

“However, the city has set targets to reduce CO2 emissions per GDP and the level of solid waste generated,” the report continues.

“It has also launched an integrated energy strategy action plan, which aims to reduce energy demand by 30 per cent by 2030 and diversify the city’s energy portfolio.”

These and other plans like Saudi Arabia’s recently outlined investment of $30-50bn in renewable energy by 2023 and the UAE’s $163.3bn 2050 clean energy strategy also give reason for optimism.

It is clear that Gulf States agree that a greener and more sustainable future is also a happier one as they continue in their attempts to climb the world happiness rankings.