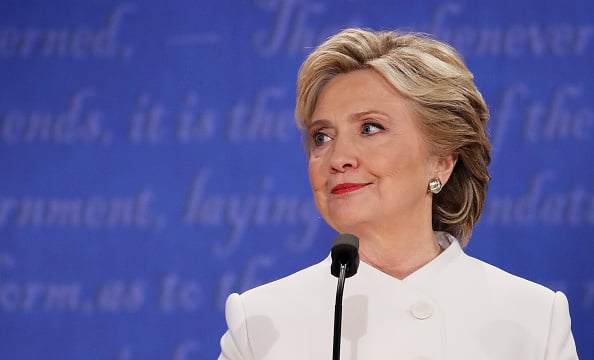 The majority of Arab citizens believe Hillary Clinton is the best choice for United States president, but agree with Donald Trump on some issues, according to a new survey.

The Arab News/YouGov poll of 3,017 people in the Middle East and North Africa suggested many were dissatisfied with both candidates with 47 per cent saying they would snub Trump and Clinton if given the chance to vote.

Clinton was the most popular among respondents with 44 per cent of Arab respondents saying they would vote for her and 78 per cent saying she would be best for the Arab World.

In contrast, only 9 per cent supported Trump and 22 per cent said he would be better for the Arab world but many backed his policies on border controls and abortion.

When questioned about his policies without the candidate being named, 90 per cent said they did not mind extra border restrictions if they felt their country’s security was under threat from a certain nationality or group.

This was despite widespread criticism of Trump when he proposed a ban on Muslims entering the US during his candidacy for the Republican nomination.

There were also divisions over the two candidates’ views of the war in Syria and Iran nuclear deal.

The poll found 46 per cent believed the US should send troops to fight ISIL in the region and collaborate closely with Russia on solving the Syrian crisis.

However, 54 per cent said the US should be more involved in the humanitarian efforts for Syrian refugees, arm moderate groups and increase airstrikes but not send in ground troops.

Of those surveyed, 78 per cent said the result would have a direct impact on the region.

Almost three quarters said they were dissatisfied or upset with Trump, with just 12 per cent saying they are enthusiastic or satisfied.

Clinton, meanwhile, drew enthusiastic of satisfied responses from 49 per cent of those surveyed compared to 29 per cent that were dissatisfied or upset.

Read: Which presidential candidate would win the support of GCC businesses?