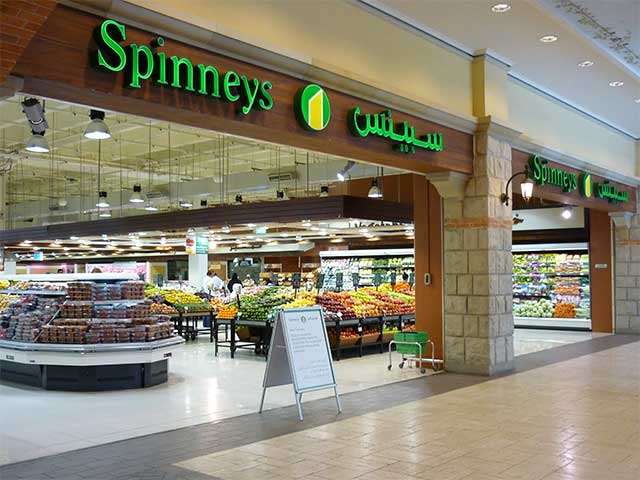 Supermarket chain Spinneys Dubai has announced plans to open 18 UAE stores by 2020 as part of an expansion drive.

Under the plans the company plans to open a new Dhs175m ($47.6m) headquarters in Dubai’s Meydan area by April 2019 featuring a flagship store and a cookery school.

It will also launch a customer loyalty programme dubbed Spinneys & ME in the first quarter of next year and is undertaking a feasibility study for a potential online grocery store.

The strategy will increase Spinney’s footprint across the Gulf region from 61 to 79 stores and create 2,000 jobs, according to the company.

Spinneys said it was forecasting growth rate of more than 40 per cent by 2020 through the expansion, innovation and digital product development.

The announcement comes as incoming CEO Matthew Frost prepares to take the reins from Jannie Holtzhausen in January.

Holtzhausen has served as Spinneys CEO for 15 years and grown the brand from seven to 70 stores under the Spinneys, Waitrose, Al Fair and Taste Kitchen brands. He will still play a role at the company through a corporate position at Spinneys Dubai franchise owner Albwardy Group.

Frost joins from UK supermarket chain Waitrose, where he was director of business-to-business and commercial operations.

Speaking at an event in Dubai on Wednesday, Frost said “inevitably” the company would find a way of delivering online “but would need to find a way that is sustainable”.

He indicated Spinneys would consider partnerships for an online shopping service, although his predecessor revealed it had looked into the possibility of a tie-up with British online supermarket Ocado without success.

The online grocery market is in its infancy in the Gulf region but has seen some momentum with the entrance of online shopping site Souq.com into the category last year.

The company has since been acquired by Amazon and the US giant that has made no secret of its ambitions in the supermarket space after launching online food delivery in some markets in recent years and acquiring US premium supermarket chain Whole Foods for $13.7bn in August.

Outside of its potential online plans, Frost said Spinneys was looking at regional expansion beyond the UAE but did not disclose any specific plans.

In June, MAF announced the acquisition of Geant supermarket Middle East franchise owner Retail Arabia from Dubai’s BMA International in a deal that increased its UAE footprint from 67 to 80 stores.

However, Holtzhausen said there had been no overtures from Carrefour since an approach “12-13 years ago”.

He revealed the company had seen several approaches from companies interested in fully acquiring or purchasing a stake in Spinneys Dubai during his tenure.