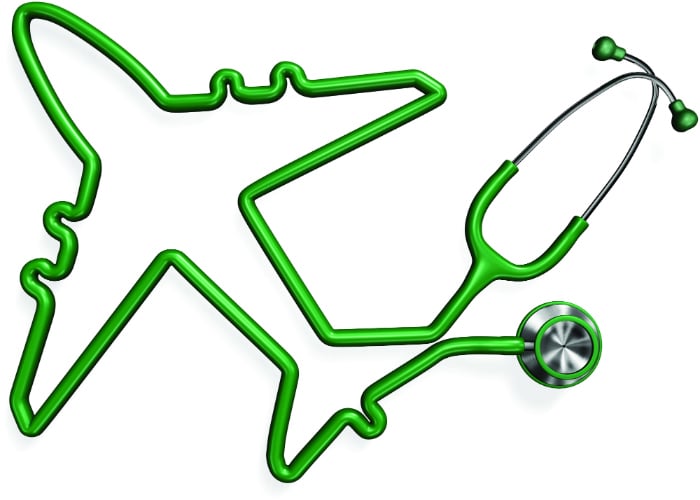 Dubai is looking to cement its position as the region’s go-to hub for medical tourism, but does it have what it takes to compete on a global level?

In days gone by Gulf countries struggled to attract even their own citizens for treatment. Concerns over the quality of local facilities and staff meant millions or even billions of dollars were spent sending nationals to Europe or the United States for procedures.

“Trust was one of the biggest issues,” recalls the deputy CEO of the UAE-based American Center of Psychiatry and Neurology (ACPN), Dr Adel Karrani.

“Patients felt they received better treatment and improved diagnosis outside of the UAE in spite of there being an availability of world renowned doctors and physicians within the country itself.”

But now times are changing. The regional healthcare market is booming, international medical institutions are flocking to set up local operations, and Dubai is seeking to convince not just locals but international visitors that it can compete as a global destination for treatment.

The emirate is aiming to attract half a million international medical tourists by 2020, to take its share of a global market estimated to be worth $439bn by Visa and Oxford Economics in the Mapping the Future of Global Travel and Tourism study.

According to Linda Abdullah, head of Dubai Medical Tourism Office, the emirate’s plans centre on crafting its own niche in a broad international market, which includes centres of excellence like Singapore, Switzerland and the United Kingdom, and cheaper more geo-centric destinations like India.

“What we have done, and what’s different here, is we have put together a product of medical tourism to fit those who would like to enjoy tourism as well as good quality elective healthcare,” she says.

“Although it is important, the cost is not our focus, our focus is more to give the quality of the healthcare service and to couple it with the tourism side.”

Yet if Dubai is not looking to compete with other medical tourism hubs on price terms it is in other metrics. On top of the 500,000 tourists target for 2020, another goal of the emirate is to enter the top 10 in the Medical Tourism Association’s Global Medical Tourism Index, which assesses countries based on their environment, attractiveness, costs and facilities and services.

Experts suggest the path to doing so will involve filling the middle ground between more expensive Western treatment and cheaper alternatives in Asia, but without compromising on quality.

“If the comparison is being done with the US or Europe, the UAE is more competitive with prices but because of the perception that the West has better quality, people may resort to that. However, in some developing countries that have cheaper prices, the UAE will be preferred for the higher quality,” says Karrani.

“We need to continue offering top quality services and even if prices are slightly higher, people will pay for good quality. This is the formula we need to concentrate on rather than relying on the price independently by itself.”

But never one to settle for mediocrity, the emirate is looking to add some of its typical sparkle to proceedings.

Another will be full international accreditation, with around 80 per cent of Dubai’s hospitals currently accredited.

“Providing international accreditation, having a great standard of care and good pricing, all of these together really bolster the medical tourism component within Dubai,” she says.

However, perhaps the most significant will be adapting medical tourism to the digital age.

In April, the emirate launched what is claimed to be the world’s first medical tourism portal, Dubai Health Experience, allowing patients to book packages including treatment, up to 90-day visas, accommodation and tours.

A travel insurance package is also available covering any complications after the procedure and emergency medical treatment while in the UAE.

“It really just makes everything a lot easier for medical tourists that are looking to come into the region,” says Spence.

“It is a one stop shop, you’ve got all your pricing, all of the different hospitals providing particular services, different recreational activities and visas are sorted on this website as well.”

The institutions that are able to market their services on the website have all been carefully selected, according to Abdullah, and many more private hospitals and hotels are applying to be a part of it. 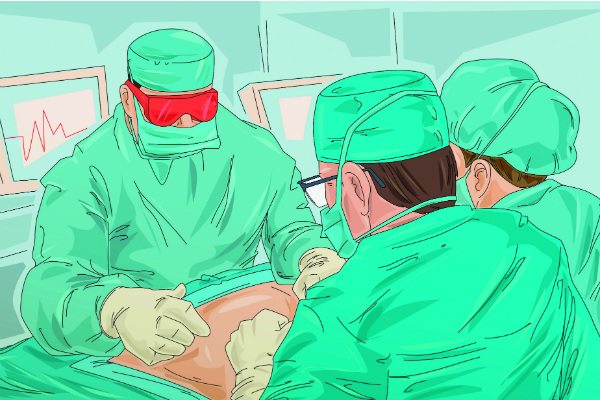 Initially at least, the site and Dubai’s broader medical tourism plan is focussing on elective procedures, like aesthetic and weight loss surgeries.

Traditional treatments including liposuction, breast enhancement, abdominal surgery, cosmetic gynaecology and rhinoplasty are among the most popular, he says. While body contouring and stem cell therapies are also up and coming.

“We have approximately 35 per cent of patients coming in as international visitors and then the others are locals who seek out care,” Cruse explains.

Now, As part of the government’s medical tourism initiative, the hospital is stepping up its efforts, marketing itself on social media and utilising business development staff in Africa and India to boost international visitors.

“What we’re trying to do is grow our market outside the UAE to try and appeal to these more sophisticated internet savvy consumers who want to shop around and know what they want and are prepared to fly to a destination of quality and get the service they want,” he explains.

In this, Cruse says a proposal from Dubai Health Authority to grant hospitals star ratings similar to hotels could be a key differentiator.

“We would support and endorse a move toward rating healthcare facilities such as ours,” he says. “One of the reasons for that is because when you are trying to practice the highest quality medicine and healthcare you have nothing to hide and nothing to lose.”

“It raises the standard to the point where your competitors have to work a little harder to emulate what you do and also it may put some of the lower quality operators out of business if the branding or star ratings are quite onerous. So it raises the quality a lot.”

But the CEO also suggests there are other areas in which the emirate can improve its offering.

“If someone has health insurance in Saudi Arabia, for example, and wants to come and have their nose straightened because they have a deviated septum, which is covered by insurance, it is not always the case that that insurance card will be taken or acceptable because the insurer may not be part of any local insurance network,” he says. “So trying to standardise and make uniform international health insurance portability is important.”

ACPN’s Karrani suggests another consideration should be the impact of rent or cost increases on medical treatment in the emirate.

“There needs to be a certain leeway or subsidy for hospitals and clinics that largely depend on health tourism,” he argues.

“Keep in mind, if a patient has travelled to the UAE for medical treatment not only is he or she contributing to the income of the hospital but also to other areas such as visa processing, accommodation, transport, and so on.

“If costs are increased anywhere in one way or another we will lose – there will be a domino effect which will eventually impact the entire city.”

These and other issues will need to be addressed as the emirate finds its place in a global market estimated to be growing at a rate of 25 per cent each year and potentially as large as 3-to-4 per cent of the world’s population, according to the Mapping the Future of Global Travel and Tourism study.

Asked about Dubai’s future plans, Abdullah suggests the focus is still very much on positioning the emirate as a healthcare destination, before turning to “consolidation and expansion” later in 2016 and 2017.

“We will be expanding with tradeshows and we have our medical tourism conference coming up in October,” she says.

But for now the signs are positive and, having already exceeded targets for 2016 with 296,000 international medical visitors last year, there could be big things on the horizon.