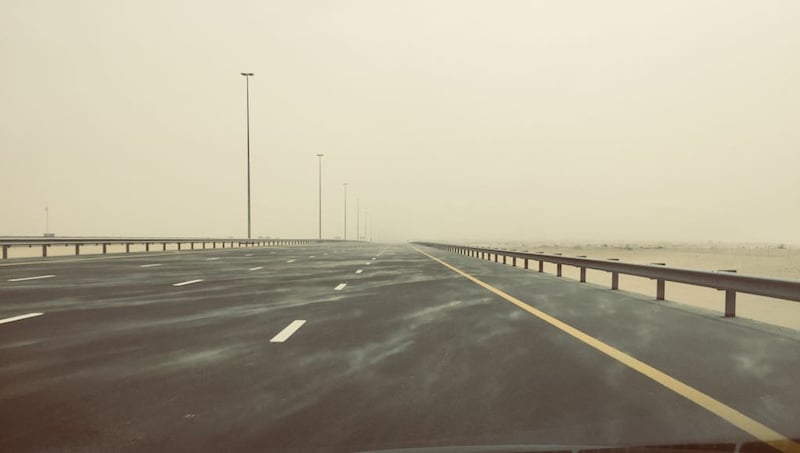 Kuwait has been hit a “sudden sandstorm”, leading to poor visibility on the roads, officials said on Monday.

Motorists and road users have been urged to be careful and abide by traffic regulations to prevent accidents, the interior ministry was quoted as saying by the official Kuwait News Agency (KUNA).

Meteorologist Abdulaziz Al Qarawi told KUNA that that the sandstorm, caused by winds blowing at speeds of up to 60km per hour from the northwest, has reduced horizontal view to under 1,000 metres.

The sea will witness “huge waves” at 7 metres, added Al Qarawi, who also predicted that the weather will improve later in the day.

The Kuwait meteorological centre has also warned of the possibility of a thunderstorm.

In case of any emergency, citizens and residents have been urged to call the 112 number.