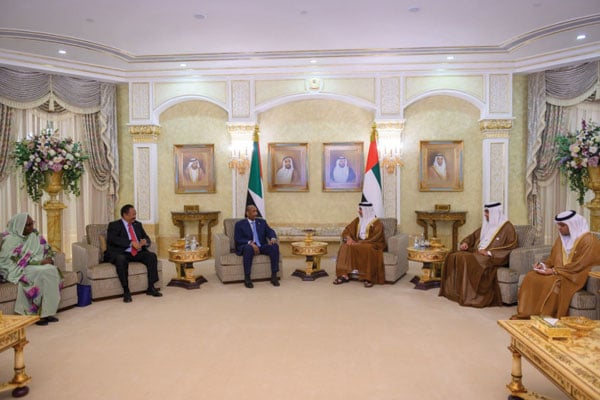 General Abdel Fattah al-Burhan, Chairman of Sudan’s Sovereign Council, and Abdalla Hamdok, Prime minister of Sudan, arrived on Monday in the UAE on a two-day visit.

In August, Sudan appointed Hamdok as the new prime minister as part of a three-year transition to civilian rule. The move came following the ouster of Omar al-Bashir, the former president of Sudan who ruled the country for 30 years.

General Burhan, as chairman of the Sovereign Council which replaced the Transitional Military Council that was established after the former president was deposed, will lead a committee of six civilians and four military officers that are guiding the country through the transition period to civilian rule.

In April, shortly after Omar al-Bashir was overthrown, it was announced that Saudi Arabia and the United Arab Emirates had agreed to send Sudan $3bn worth of aid, throwing a lifeline to the country’s new military leaders.