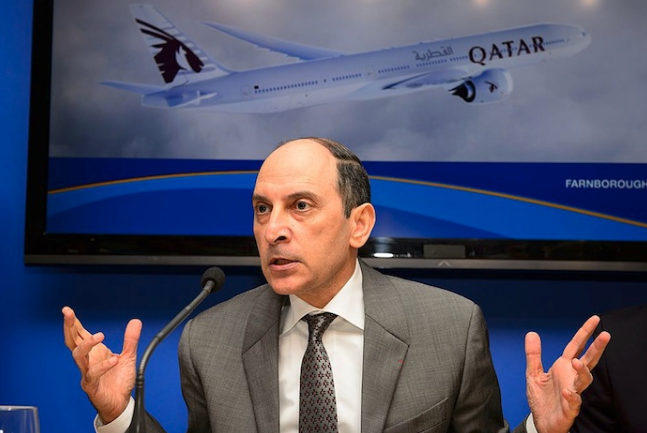 The United States carriers accusing the Gulf airlines of states subsidies running into billions of dollars are playing a game of “smoke and mirrors” because they are unable to stand up to competition, the Qatar Airways chief executive has told Gulf Business. Akbar Al Baker insisted airlines in the United States were unable to provide either the high-quality service or the value for money demanded by the modern passenger.

“They are complaining about competition with smoke and mirrors but it’s not true,” he said on Friday following the inaugural flight of the new Qatar Airways Boeing 787 Dreamliner service to Durban, in South Africa. “We don’t have any subsidy. Our government is providing investment. We are making a profit and operating independently.

“The US carriers cannot stand up to competition. We are raising the bar and I am certain that we have the best airport ever built with Hamad International in Doha. We are providing a luxury benchmark in the aviation industry.”

The US government has yet to decide whether to investigate the claims from American carriers. But Al Baker pointed to the history of aviation where a number of high profile US and European airlines had actually been bailed out by their governments – including Lufthansa, Air France and Alitalia. “The US carriers seem to have a short memory,” he said.

Asked whether the election of Donald Trump as an inward-looking president, not open to global markets, could damage the airline’s business model – just as it was planning to open up even more routes to America – Al Baker batted away the idea.

“Donald Trump is trying to get political mileage from all of his statements but inside he is a businessman,” said the chief executive. “He will change his skin if he gets into office because what he is promoting is detrimental to doing business.”

During the same exchange with this magazine, the chief executive insisted that Qatar would retain the rights to host the 2022 FIFA World Cup despite the corruption allegations surrounding the bid process. “It will take place,” he said. “All the unfounded allegations are baseless and will not succeed.”

He also announced plans to increase the new four-times a week service to Durban to a daily flight “soon” and revealed that other new services to US destinations were to be revealed imminently. In addition, he claimed that another hotel would be built at the $17.5bn Hamad International Airport in the near future and that the airline would upgrade its business class offering next year.

“Business class is a great product but I’m not satisfied,” said Al Baker. “Next year, there will be a new patented business class so that no other airlines can copy us.”