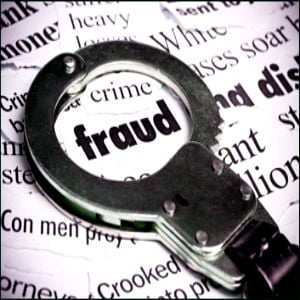 Recruiters fear as many as one in four candidates in regional financial services tell serious lies on applications, usually concerning their education and references.

Some bankers even hide criminal records and a history of fraud.

The alert level for serious untruths rose in the aftermath of the Gulf’s economic downturn, as laid off bankers fabricated applications and covered gaps in their CVs to secure a job. But the menace has become a persistent threat and permanent source of annoyance to headhunters hired by banks to search for talent.

The troubles across the Middle East in recent months, that has led some banks to freeze hiring, may have compounded the issue further as job-seekers frantically chase fewer openings.

Emma McGregor, head of the professional services division at Huxley Associates, says candidates often use online resources to fake certificates relating to IT or accountancy. “They can make up credentials like Bachelor of Arts or Chartered Accountants, but when you check they actually haven’t completed any courses.”

The worry for recruitment agencies like Huxley is that if candidates are taking the time to embellish qualifications they could also be hiding something more sinister. And whereas in more mature Western markets banks have a web of databases to check new recruits’ backgrounds, for Gulf financial services there is no central depository.

One headhunter revealed: “This means that up to 25 per cent of people in the financial services industry are engaging in CV fraud at any given time, in particular in relation to references.

“A popular lie is to put close friends and colleagues at previous companies as references.”

Anecdotal evidence suggests that the group most likely to misrepresent themselves are front office personnel, a probable reflection of the massive pressure to produce sales and investment performance, as well as relationships with clients.

Gareth Clayton, director at recruiters The Charterhouse Partnership, says: “Wealth management is an area where banks might be vigilant, specifically over what a candidate says about his books, assets under management, deal flow and where his clients are based. For instance, private bankers with a good portfolio in Saudi Arabia are hard to come by.”

Clayton says the Gulf job market in general still has a ‘Wild West’ stigma, where candidates punch well above their weight and use bravado to paper over inadequacies in their CV.

But candidate dishonesty is a serious business in the Gulf, with those that lie heavily on their CV facing not only termination but being successfully sued by their employer, as well as potentially facing jail or deportation.

The threat hasn’t put some off though and in recent years banks have hit back by hiring independent companies to screen employee applications. Requests for credit checks and certificates of good conduct are at an all-time high.

Still, it’s often hard to pin down exactly who might be least forthcoming with the truth about their past. Magdy El Zein, managing director of Boyden Middle East, a search firm specialising in top level executives says: “At the senior level you wouldn’t expect it to be a common practice or habit to put things in a CV that are not true. That being said, it’s not that it never happens.”

With many employers in the Gulf currently reining in hiring plans in the wake of the regional turmoil, competition for jobs has never been so fierce. The real threat at the moment is as rising numbers of candidates hunt each new job opportunity, more and more are prepared to resort to desperate measures to catch an interviewer’s eye.