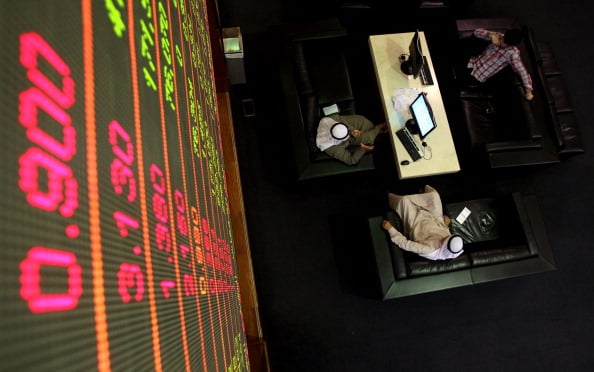 Some investors hope Abu Dhabi state fund Aabar Investments, a major shareholder in the firm, will soon buy at least a part of the 27.90 per cent stake held by Arabtec’s former chief executive Hasan Ismaik – and will pay a premium to the market price. There has been no concrete news of any deal, but investors are betting that one may be approaching.

Manwhile, the Dubai-listed shares of Bahrain’s Gulf Finance House rose 1.3 per cent after the firm said it had secured a $105 million credit facility from Kuwait Finance House, which would help GFH redeem two syndicated debt facilities and allow the release of some major GFH assets.

The facility accounts for a large proportion of GFH’s debt; the Bahraini firm noted that it had paid down some $30 million of current outstanding debt facilities to date in 2014, representing over 15 per cent of its total liabilities.

Abu Dhabi’s bourse was nearly flat while Qatar edged up 0.5 per cent on the back of Industries Qatar and Qatar Islamic Bank, which gained 1.8 and 1.1 per cent respectively.

Egypt’s benchmark looked set to recover from a two-day profit-taking bout and edged up 0.2 per cent. Telecommunications and property firms were the main supports: Telecom Egypt rose 2.4 per cent and developer Talaat Moustafa added 0.7 per cent.