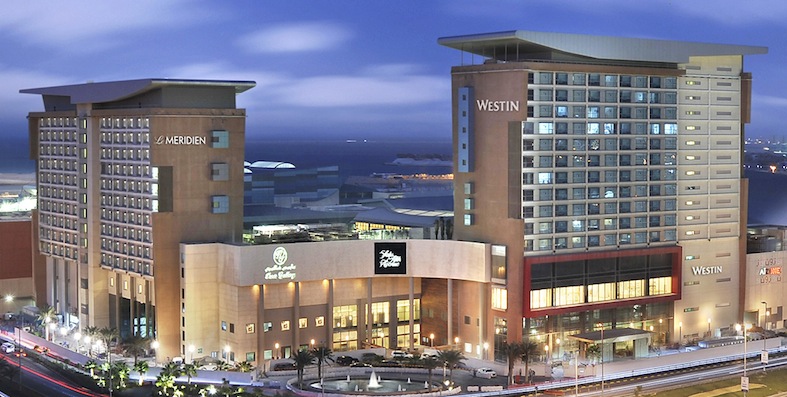 The double opening is a boost for Bahrain and marks the debut of both Starwood brands in the Kingdom, swelling its overall portfolio in the country by 460 rooms (200 rooms in the Westin, 260 in Le Méridien).

It marks a new phase for owner Majid Al Futtaim too, providing the complex with a bolder hospitality offering after the management agreement with Kempinski, previously the sole hotel group on site, was terminated.

Westin is placing greater emphasis on healthy living globally and the hotel will feature a Heavenly Spa, modern gym, swimming pool and a RunWestin service, providing guests with walking or jogging options, which will launch later this year. The hotel also features the brand’s SuperfoodsRX menu designed to give guests food rich in nutrients and antioxidants.

Alongside Baharat (authentic Arabic) and a “trendy” Bizzare Lounge, Le Méridien Club Lounge offers breakfasts, evening hors d’oeuvres and selection of beverages. By year-end, the hotel will launch the brand’s signature Le Méridien Hub lobby, designed to blend work and relaxation, and it will feature the region’s first Longitude 50º café, where Illy coffee will be paired with éclairs.

MICE will be an important revenue driver at both hotels with 6,500sq ft of event space at the Westin and 5,000sq ft at Le Méridien and SPG members can accrue Starpoints at both properties.

On Tuesday, Rotana Hotels announced a 311-room Art Rotana hotel will open on Amwaj Islands by the fourth quarter, providing further evidence that Bahrain’s hospitality sector has turned a corner.