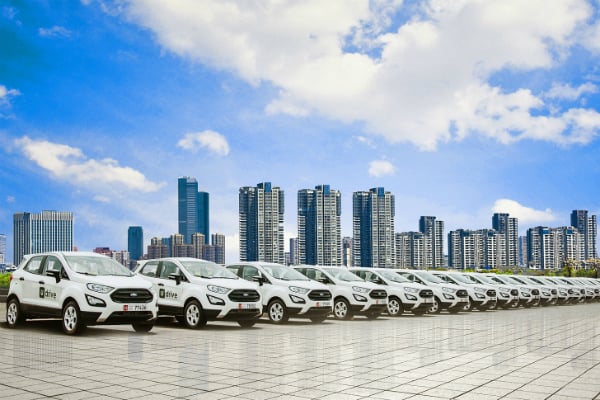 Not owning a car, up until a few years ago, wasn’t a favourable ‘route’ to go in the UAE. That is, if you could afford one. Although public transport channels grew steadily over the years, bespoke transit options remained evasive. Basically, the quandary of ‘using’ a vehicle without ownership and/or rental hassles continued.

However, as the startup ecosystem in the UAE matured, so did the innovations across the transportation sector, with alternatives emerging to traditional vehicle ownership and leasing options.

Technology successfully revolutionised the car-sharing phenomenon – common among college students and colleagues to save fuel and other costs – transforming it into a lucrative business model as well as simplifying the car rental process.

In recent years, two startups – both car rental services – were launched in the UAE. Both app-based, vehicle-sharing services, Ekar and Udrive, allowed users to drive and pay by the minute (minimum 60 fils per minute). In the second quarter of 2019, Udrive secured $5m in Series B funding to drive expansion.

Last year, Ekar also raised a whopping $17.5m in a similar Series B round, servicing 50,000 monthly bookings across the UAE. Furthermore, Ekar also introduced electric vehicle sharing by adding select Tesla models to its fleet, while aiming to be fully electric by 2025.

Unsurprisingly, smart car rental services, run by Dubai’s Roads and Transport Authority in the emirate, grew tremendously in 2019, posting 377,873 journeys in the first seven months of the year, up from 185,501 journeys during the same period in 2018, marking a remarkable growth of 103 per cent.

Dubai based startup Invygo furthered the concept – the app-based car subscription company allows motorists to choose a car, upload their licences, sign the documents within the app, and even have a ride delivered to their doorstep.

Returning the vehicle is also a button away. Currently operating in the UAE, Invygo intends to expand to the GCC too.

Abu-Dhabi’s Cyacle, supported by UAE’s Khalifa Fund for Enterprise Development (KFED), joined the party with a fully automated docked bike-sharing service in the capital with stations present around Yas Island, Corniche beach, AI Raha beach, and Reem Island. Bikes could be rented out anytime, on a short-term basis, via a mobile app. Ride-hailing app Careem acquired Cyacle to grow its mobility offerings across the region.

Driverless vehicles are start populating the UAE’s roads as early as 2021 as the country works on preparing regulations for autonomous vehicles, according to senior officials.

The Dubai Autonomous Transportation strategy aims to transform 25 per cent of the total transportation in the emirate to autonomous mode by 2030, involving five million daily trips. The plan hopes to help cut transportation costs by 44 per cent, resulting in savings of up to Dhs900m a year and generate Dhs18bn in annual economic returns.

The future, it seems, is ‘geared’ for cruise control.