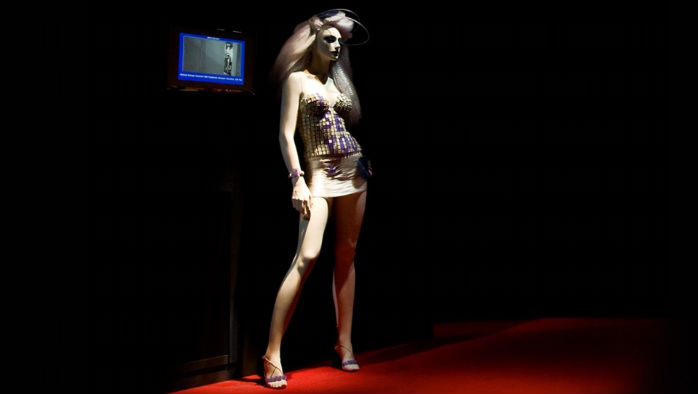 Next time you look at a mannequin, be aware that it may be watching you as well. The smart dummies, manufactured by the Italian company Almax SpA, are equipped with the same technology used to identify criminals at airports.

According to Almax “from now on the mannequins will not only display your collections … [but will] make it possible to ‘observe’ who is attracted by your windows and reveal important details about [them].”

The 4,000 euro mannequins look normal enough, but one eye is equipped with a camera that allows the EyeSee software to log the age, gender, and race of passers-by. This information is fed into a computer and is ‘aggregated’ to offer retailers using the system statistical and contextual information they can use to develop their marketing strategies. Almax is also testing technologies that will allow retailers to eavesdrop on shoppers.

The mannequin, which went on sale last December, is being snapped up by luxury retailers. According to Bloomberg, Italian fashion label Benetton has been an early adopter and it is already being used in three European countries and in the US.

Privacy groups are concerned about the new technology. However, Almax insists that its system does not invade the privacy of shoppers as the camera inside the mannequin is ‘blind’, meaning that it does not record the images of passers-by, instead merely collecting data about them.