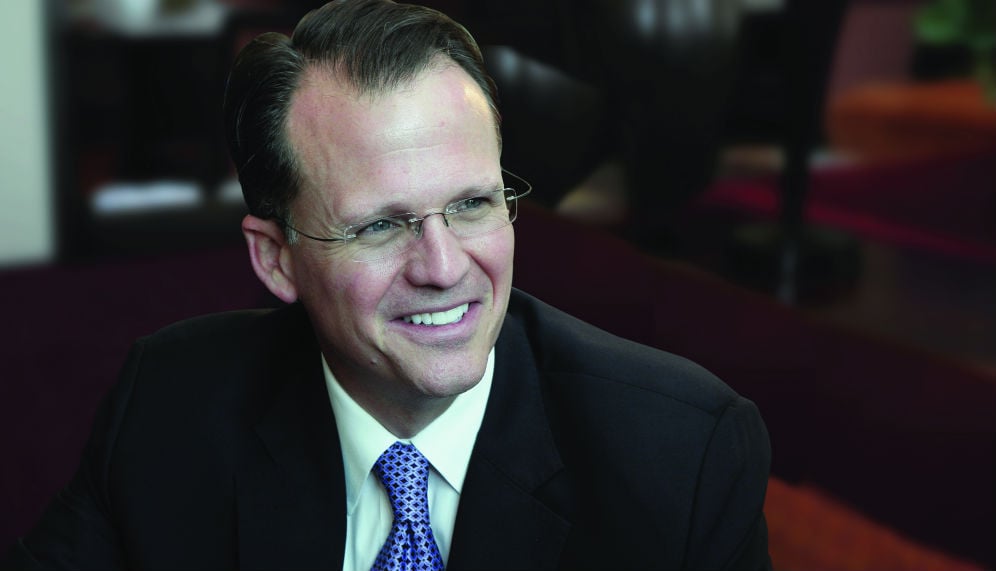 Not many banking veterans can claim to have travelled back in time, but for William C. Keliehor it’s a matter of the future. The former CEO of American Express Middle East has dedicated his 23-year career to designing premium products for the affluent, including 11 years with Citi, where – among other things – he launched Russia’s first credit card. So what is a developed market expert doing in Iraq, a country with a banking sector that is so underdeveloped that a tiny 15 per cent of locals hold a bank account?

“The opportunity to make a difference,” he says grimly as he undertakes the role of an executive banking advisor to the Iraq Financial Development Project, an organisation that works with the Central Bank of Iraq on key local projects and institutions.

A man more accustomed to plush surroundings, like the Al Qasr hotel where the interview takes place, must find the dusty dangerous environs of Iraq rather challenging.

“It is tough,” he admits, elaborating that he has to take security precautions, such as travelling in a convoy, wearing a bullet-proof vest, roaming in armoured vehicles with self-inflating tyres, keeping his family tucked away in Dubai and not revealing his travel plans to anyone. “But,” he adds, “it’s worth it for the work we’re doing.”

Despite the fact that US troops withdrew from Iraq only in December last year, Keliehor claims that he feels no antagonism as an American in Iraq, especially since he adopts a “partnership- oriented approach and deals mostly with Iraqi regulators and vendors who want to build a stable banking system.”

Many may not share this Panglossian viewpoint. In a populace of 31 million, and only 4.5 million bank customers, most Iraqis conduct transactions in cash, and hide their cash under mattresses (yes, mattresses). There are fewer than 100 ATMs in the capital city of Baghdad. The Iraqi economy is in shambles, crippled with widespread corruption, fractured political governance, intermittent bombings and violence. Statistics show that more than half of Iraq’s young urban males are unemployed, with female participation in the workforce even lower at 19 per cent.

Although the government aims to consolidate the current 50 or so banks down to 20 for balance sheet leverage, while also inviting international banks to buy local banks, why would a foreign company enter such a risky environment?

A cynic would say oil. Iraq sits on an estimated 143 billion barrels of proven oil reserves (more than eight per cent of global reserves), according to the World Bank, which recently projected that growing oil exports will boost the country’s gross domestic product by 12 per cent this year, among the fastest rates in the world.

But Keliehor thinks otherwise, “the economic scenario in Iraq is changing fast. After health, water and the economy, banking is the next step forward for Iraqis. Projects like ours are welcome by Iraqis as they are keen on entrepreneurship, on developing their know-how and they love to work.”