Sports Law Practice To ‘Thrive’ In The Gulf - Gulf Business 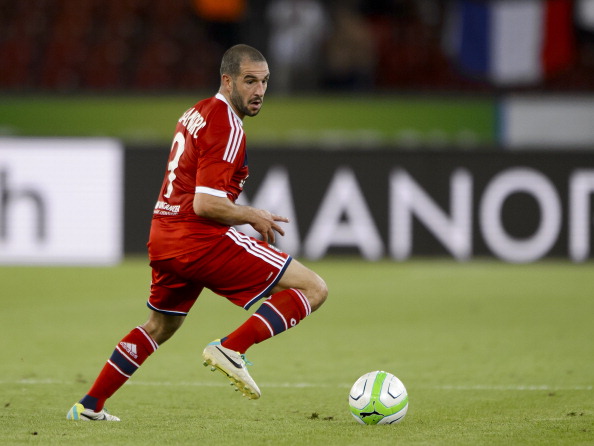 Sports law is primed for strong growth as the Gulf prepares to host major sporting events such as the FIFA 2022 World Cup in Qatar while regional investment in global sports ventures and football clubs is rising steadily, according to an expert.

In an interview with Gulf Business, the regional head of sports law at Al Tamimi & Company, Steve Bainbridge, said that there is a strong scope for a specialist sports law practice in the region, which is largely client driven.

“In the past 18 to 24 months, there has been an increase in queries from clients in the region involved in sponsorship matters, venue construction and all other elements,” said Bainbridge.

“Although they tie into other practice areas they actually overlap into sporting and the firm decided that there is a client mass there to allow us to service that special need.”

Bainbridge added that he is bullish on the growth of sporting industry and legal practice in the region.

According to a PwC study, the EMEA (Europe, Middle East and Africa) market is currently ranked as the second largest sports market in the world, and is worth an estimated $44.8 billion, which represents nearly a third of the global market.

In addition, the region’s heavy calendar of sporting events is expected to create an even greater appetite for legal practice dedicated to sports.

“I tend to split the categories into two types: there are corporate commercial lawyers who have been trained to do a lot of typical commercial transactional work and have worked during their early years on matters that touched on sports,” said Bainbridge.

“So they work on matters like sponsorship deals, club tours, any sorts of transactions regarding supply of services and materials to large events particularly sporting events.”

Another part of sports law practice is litigation, which includes resolving conflicts that arise between players, clubs and governing bodies, according to the lawyer.

Though the litigation side is yet to pick up in the region, Bainbridge forecasts that opportunities will follow as major events are staged in the Gulf.

“When you reach your critical mass of teams, players and governing organisations, it is inevitable at times that there will be disputes,” he said.

“I think the transactional side is more heavy in terms of deal flow but both fields would be thriving if you look at the medium term of two to five years.”

However, the legal head confirmed that firms, which consist of specialist lawyers in various fields, can also handle sports-related issues.

“For example, if you want to build a stadium to host a sport event, you could easily go to a law firm that provides finance and construction expertise and in terms of trade investment they could provide you with a corporate transactional lawyer as well. So even without a dedicated sports practice, we can service their needs,” said Bainbridge.

Sports Laws And Organisations In The UAE

With major sporting events such as Formula One races in Abu Dhabi, Dubai World Cup and the Dubai Tour being held in the country, the UAE is also in the process of issuing a number of laws regulating the sporting industry.

The country is currently formulating a legislation that governs safety in sporting venues.

“One of the things that you have to be concerned about when you have mass participation during sporting events is how you manage the public, how to make sure that people get in and out safely. This is currently being developed by Federal National Council,” said Bainbridge.

The UAE’s efforts in regulating the sector have also led to the establishment of international sport dispute settlement centres in the region.

“The UAE is a bit of front runner here as there is going to be a Court of Arbitration for Sports (CAS) dispute centre opened in Abu Dhabi shortly,” said Bainbridge.

CAS is an international body established to settle disputes related to sports and is independent of any sports organisation. With the opening of CAS, the capital could soon see a number of high profile global sports dispute cases being solved in Abu Dhabi.

In addition to CAS, there is also a draft law facilitating the establishment of Emirates Sports Arbitration Centre in the UAE, the lawyer said.

“Things are changing but what we should remember is that there is a dovetailing between federal law and existing international law. So there is a lot of coordination required between them.”

However, he added that the UAE has adopted a very prudent approach when it comes to creating laws governing the sports industry.

“We don’t want to create extensive laws and have to revise them later. As critical mass of events increase, the UAE is a good example of a jurisdiction that is prepared to enact legislations as demand rises.”